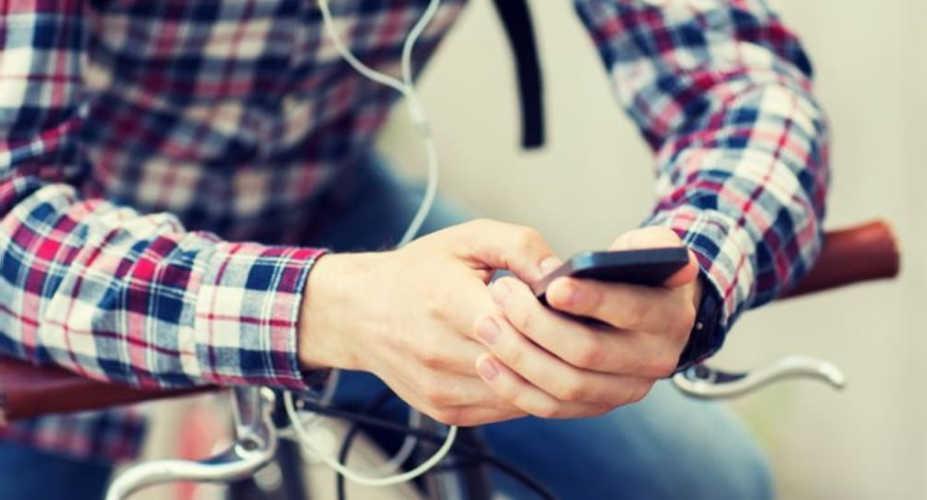 Load up your smartphone with these excellent cycling apps.

Although using a smartphone while actually cycling is generally frowned upon (unless you have a snazzy handlebar mount) there are few groups better catered for when it comes to fitness apps than cyclists. Here are 20 that are deserving of a place on any bike enthusiast’s smartphone.

Thanks to a huge array of in-depth stats that are clearly presented in an excellent and tremendously colourful interface, Cyclemeter has a strong claim to be the very best of all the cycle tracking apps available. Free, pro £7.99 annually, App Store, abvio.com/cyclemeter

This app gives you someone to race every time you go for a ride, making it ideal if you’re the competitive type. You can either set up a route and a time to aim for and race against a ghost, or you can use Ghostracer with live Strava segments to try to grab a record over shorter sections of your ride. As well as using Ghostracer directly through the app, it is compatible with some Android Wear devices and GPS computers, if you don’t have a smartphone mount for your handlebars. Free, Google Play, getghostracer.com

Many standard navigation apps fall short when it comes to cycling in big cities, mainly because they don’t recognise dedicated cycleways as options. Bike Citizens does an expert job of providing the best routes for cyclists in the 450+ cities it currently covers, and once you download an area, it works without an active data connection, so you can use it abroad without fear of running up huge roaming charges. You can also choose between the fastest and quietest routes available, so you can stick to cycle paths and side streets when you have time, and hit the A-roads when you’re late for work. Free, City Packs £4.99 each (or £17.99 for all cities), App Store and Google Play, bikecitizens.net

This app for indoor cycling manages to pull off the tricky feat of making turbo training both more enjoyable and more effective. There are 34 video-led workouts that follow routes from races like the Tour de France, as well as three- and ten-week training plans for all kinds of events. The Sufferfest app also connects to power meters, App Store, thesufferfest.com

The ultimate indoor cycling app for the serious rider, Zwift lets you enter a digital world filled with other cyclists from around the globe, so you never have to suffer through a turbo trainer session alone again. You’ll need a smart bike trainer or power, speed and cadence sensors to pair with the app, because it uses these readings to move your on-screen avatar, but once you have the set-up perfected the hours of indoor training will fly by. Like The Sufferfest app, Zwift is pricy, but a seven-day free trial allows you to try before you buy. $9.99/month, App Store, zwift.com

This is one of the oldest ride-tracking apps around, and the enduring appeal of MapMyRide largely lies in its sizeable user base and the routes they upload to the app. This means that when you’re searching for your next challenge you can find new routes near you. Competitive types can also get their fix from the courses feature, which allows riders to compete for the fastest time over certain routes (if you’re a Strava user, think segments). All the expected metrics are tracked during rides, including pace, distance, time, calories and elevation. Free, pro £4.49/month, App Store and Google Play, mapmyride.com

All the info you need to track down and tackle the 100 best climbs in Britain, as listed by the popular book of the same name (£7.99, buy on amazon.co.uk). The app lets you sorts the rides by difficulty and location, syncs to Strava and records every climb you conquer on your journey to completing the full century. £5.99, App Store and Google Play

it takes both nerves of steel and rock-solid technical skills to ride mountain bikes successfully, and this excellent app will help with the latter. It contains videos and instructions covering the fundamental techniques you need. You can even film your own rides to upload to the app and compare with videos showing correct technique or common mistakes. £5.99, App Store, dirtschool.co.uk

Plan your cycling routes quickly and easily with this seriously user-friendly app. Draw a vague route on the in-app map and it will automatically fix it to the nearest roads and paths, as well as giving you the route’s overall distance and elevation. If you’re especially adventurous and are biking where no paths go, you can also draw your route freestyle straight on the map. 99p, Pro £4.99, App Store, footpathapp.com

The name might suggest that this reward app is for runners only, but rest assured it also gives points for all the rides you log on it (through third-party apps like Strava, Fitbit and Garmin Connect) and we all know what points mean. The prizes on offer if you do enough activity are impressive – discounts on sports clothing brands, races and free treats like craft beer – and it doesn’t take any extra work on your part once you download the app and connect it to your preferred cycle-tracking software. Just keep on pedalling and check in occasionally to see what your rides have earned you. Free, App Store and Google Play, uk.runningheroes.com

Google Maps and the like will suffice for all your navigational needs in the city, but for riders who like to go off-road ViewRanger is a must – especially since it’s free. It comes with the OpenCycleMap that shows routes and trails for the entire world, and there’s the option to buy more detailed topographical maps for specific areas. These maps are stored locally on your phone so you can navigate even in areas where you have no signal. Free, App Store and Google Play, viewranger.com

Conventional mapping apps will do a solid job of getting you from A to B, but the complex network of cycle paths, or at least paths that can be cycled on, in big cities means a dedicated app like CycleMaps is definitely worth having to find the best route for those on two-wheels. Free, £3.99 pro, App Store, cyclema.ps

The godfather of cycling apps, Strava’s reliable and detailed ride tracking is complemented by its segments feature, which allows users to compete for King of the Mountain titles over sections of their rides. Free, pro £5.99 monthly, App Store and Google Play, strava.com

Potholes. Hellish pits of despair. Scourge of the road. The cyclist’s greatest enemy. Fill That Hole makes it easy to report potholes to the local council responsible for fixing them, ensuring a smooth ride in the future. Free, App Store and Google Play, fillthathole.org.uk

This app can be a little buggy at times, but it’s still your best bet to find docking stations for London’s cycle-hire scheme. You can also hire bikes using the app and see which stations have a free space for returns – especially useful during the morning rush hour. Free, App Store and Google Play, tfl.gov.uk

Should something go wrong on your ride, heaven forfend, this app from St John Ambulance could come in very useful indeed, and all it will cost you is a few MB of your phone’s memory. Free, App Store and Google Play, sja.org.uk

Even if you never come a cropper while riding, your bike will require a little TLC at some stage. Most repair jobs can be done at home at minimal cost, but if you need some guidance this app has 58 detailed repair guides to help you fix most problems you’re likely to encounter. £2.99, App Store and Google Play, bikerepairapp.com

Make every commute count towards a grand cycling goal. Set up your mission – such as cycling the length of the Great Wall of China of taking a round the world trip – then watch as every ride takes you closer to your target. It’s a surprisingly compelling motivational tool. Free, App Store and Google Play, myvirtualmission.com

Another option for those trying to find their ideal ride tracker, Endomondo is clear and simple, and will design a training plan to help you reach your fitness goals. Free, pro £4.49 monthly, endomondo.com

There’s a chance you’ve already heard of this one. However, it’s worth highlighting because, although Google Maps’ dedicated cycle-mapping options aren’t as good as the routes you’ll get from an app like CycleMaps, its turn-by-turn instructions are better. So when you’re really in a pinch, Google Maps remains the go-to option for getting you back on track. Free, App Store and Google Play, maps.google.com