Are insoles, arch supports, orthotics, footbeds and shoe inserts all words that mean the same thing?

Are insoles, arch supports, orthotics, footbeds and shoe inserts all words that mean the same thing?

Most of the difference in terminology can be attributed to geographic colloquialisms. Just like we on the West Coast might call a can of Coca-Cola a pop while East Coasters may refer to it as soda, synonyms for insoles are used interchangeably in various areas of the country.

However, there are some subtle differences in some of the terms used to describe the piece of material that connects you to your shoe. To help iron out confusion, here's a little glossary of commonly used terms:

This term typically describes the layer of fabric or foam that's already in your shoe when you purchase it — it's the part that is in between the wearer's foot and the midsole of the shoes. Factory or sock liners may be permanently affixed to the footwear, or completely removable.

A lot of people uses the term insole and factory liner interchangeably, describing the piece of fabric or foam that comes with your shoe. Some insoles are removable, making they easy to replace, and some are permanently affixed. However, we at Superfeet (and others) also use the term insole to describe an aftermarket addition to your shoe to enhance comfort, pain relief or performance. Insoles are typically made in either full length sizes, or in three-quarter length sizes to fit in slimmer-fitting footwear. 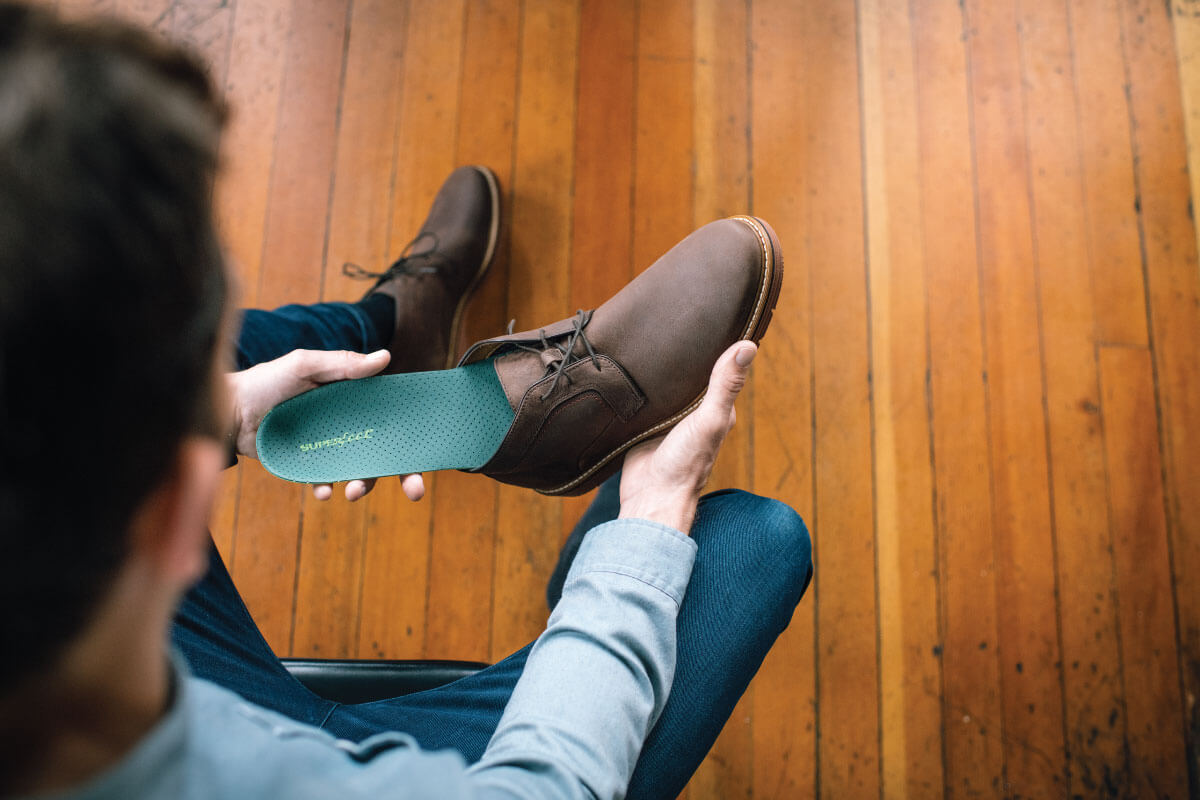 See above. People often use this as a synonym for shoe insert, insole or even footbed. Most often, the term arch support is used to describe a device that isn't full length — it typically stops just short of the forefoot. 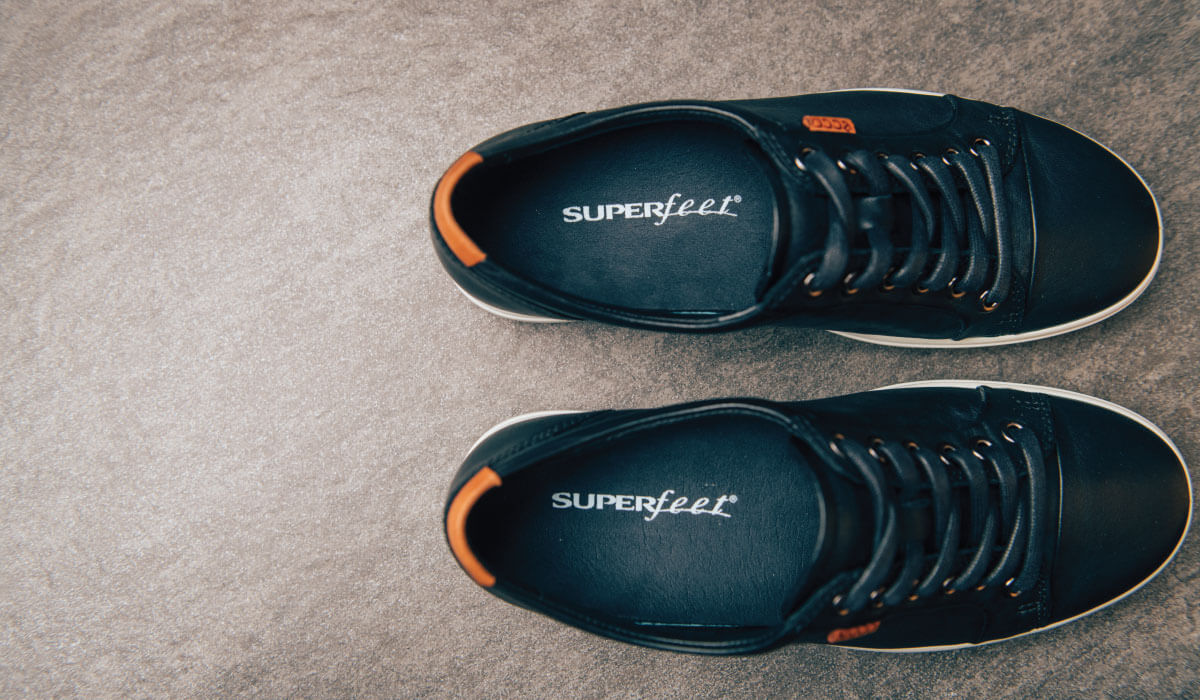 A term most often used to describe medical devices prescribed or recommended by podiatrists or healthcare professionals for the treatment of foot pain. However, people sometimes the word orthotics in the same way that they use insoles, footbeds, shoe inserts and arch supports, meaning they can be purchased over the counter, without a prescription. (Note: If you want to get really technical, the word orthotic is actually an adjective so it should have another word next to it, like orthotic device or orthotic support. However, over time, popular use of the term has made the use of the word orthotic(s) acceptable as a noun.)

There you have it — the simple, easy-to-understand world of insole, footbed, shoe insert, orthotic, arch support terminology.

Psst...while the terms we use to describe insoles, footbeds, shoe inserts, arch support and orthotics might all mean close to the same thing, that doesn't mean all insoles are the same.  The naturally supportive, energizing foundation of the Superfeet shape cradles your heels and hugs your arches to give your feet the comfort and pain relief they deserve. 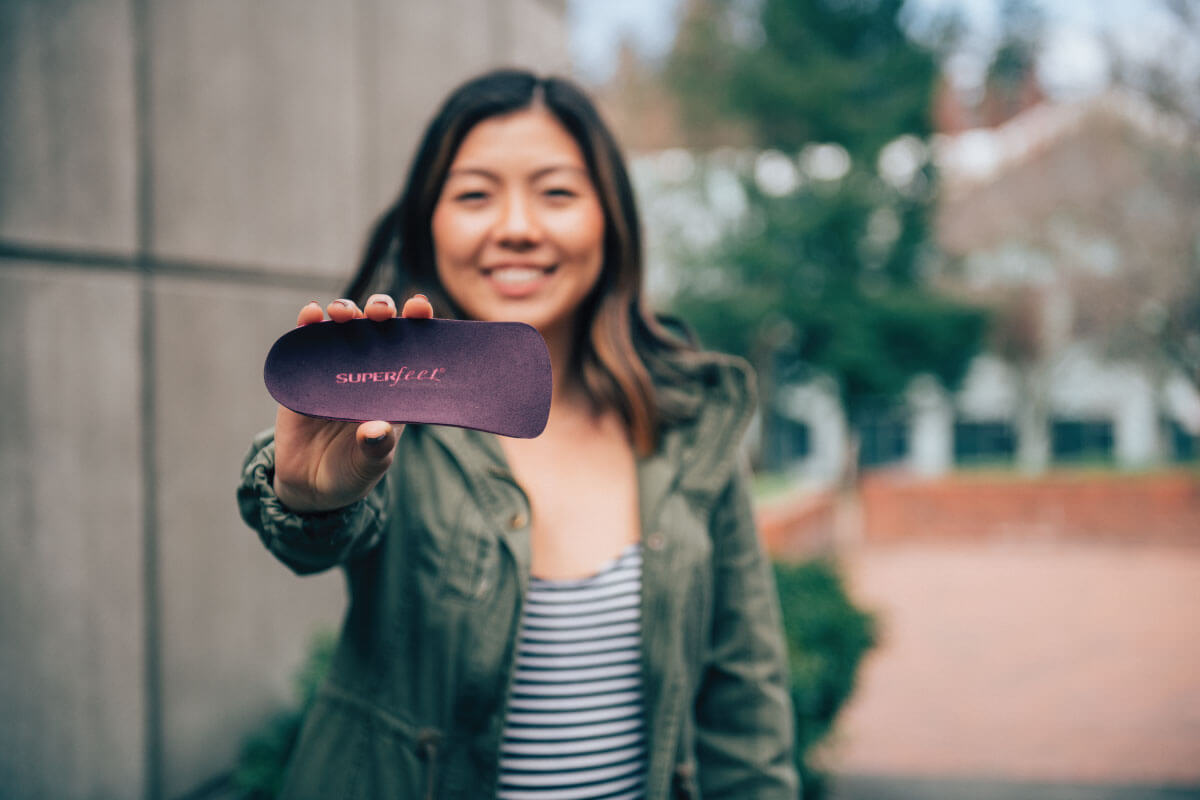