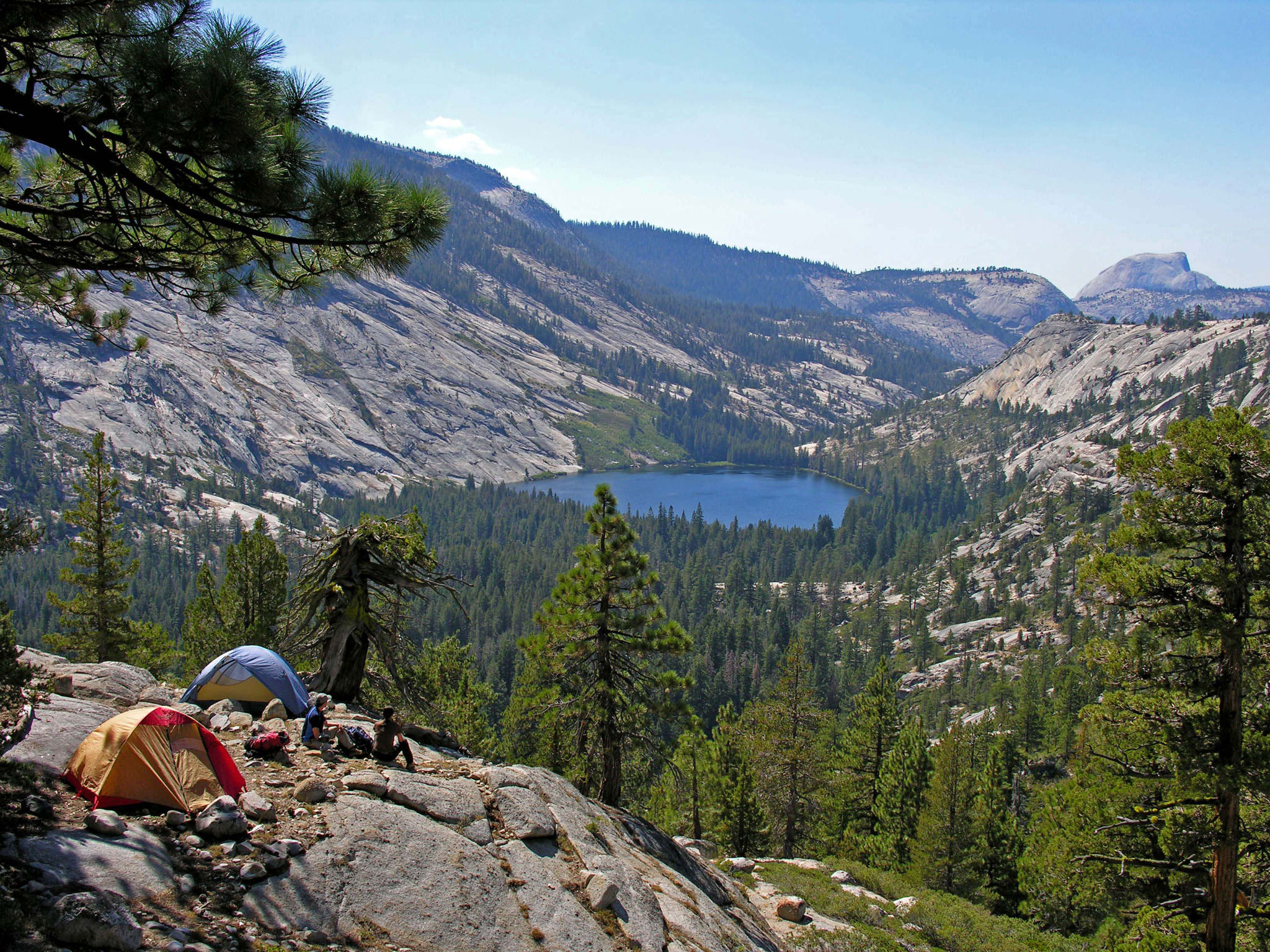 Yosemite is undoubtedly one of the world’s most astounding natural destinations: some 700,000-plus acres of iconic rock formations, rushing waterfalls, alpine lakes, and towering sequoias and redwoods. The downside to all that boundless beauty? Millions of people want to see it in person, which, especially in Yosemite Valley during the high season, can turn this pristine park into something of a circus.

But there’s a simple solution for savvy adventurers: strapping on a backpack and exploring the stunning landscapes of Yosemite’s designated wilderness, which accounts for a whopping 95 percent of the park. Whether you’re a novice or a rugged veteran, this means infinite opportunities to escape the crowds and soak up the majesty of this unforgettable part of the world.

Here, a primer on backpacking in Yosemite, as well as recommendations for specific trips based on your backpacking style.

It’s often said that John Muir, the renowned outdoorsman with a deep love for Yosemite, often ventured on his wilderness sojourns with little more than some tea, bread, and a sleeping roll slung over his shoulder. These days, however, planning for a backpacking trip is a little more involved—especially in Muir’s beloved stomping grounds. Your first step in planning a backpacking trip in Yosemite will be figuring out where to go (more on that below) and if reservations are available.

The park’s website details the specifics on the process, but a few key points to keep in mind: free wilderness permits are required year-round for any stay in Yosemite, but permits are only issued to a limited number of people to allow for solitude (smart move, NPS); reservations are highly recommended for popular trails; and first-come, first-served permits are an option if you’re unable to snag a reservation. In addition, any backpacking permit allows you to stay in the backpacker’s campground in Yosemite Valley one night before your departure date and one night after your return. When you make a permit reservation in Yosemite, you’ll specify which trailhead you plan to leave from, and where your first night’s campsite will be.

Best For: A Taste of High Country Highlights

This 20-mile excursion, which can be stretched over multiple days, winds through some of Yosemite’s most gorgeous, glacier-carved terrain in the High Country, complete with alpine lakes, epic views, and challenging terrain. You’ll start from the Tuolumne Meadows Permit Station, eventually linking up with the John Muir and Pacific Crest Trails. The route passes through Lyell Canyon, which is relatively flat and stunningly scenic, thanks to fields of wildflowers, especially in early summer. Then, expect alpine ascents through the forest that leave your quads burning, until you’re rewarded with magnificent views of the Cathedral Range at the top of the ridge between Lyell Canyon and Rafferty Creek. (Choose your camping spot at the top of the ridge wisely, as only a handful of spots have easy access to water.)

From there, the trail descends past stunning alpine lakes, with a couple more campsites at Lake 10,425 (named for its elevation) and Lake Evelyn, and then onto the Vogelsang High Sierra Camp. From the High Sierra Camp, the trail drops to Tuolumne Pass and then into the valley of Rafferty Creek before eventually meeting the Tuolumne River; here, you’ll find the trail you started on.

One word of warning: At elevations around 10,000 feet, altitude sickness is not uncommon, especially for novice backpackers. Take plenty of breaks, stay hydrated, and come prepared with preventative meds just in case.

Best For: Creature Comforts in the Backcountry

One of the best-kept secrets of Yosemite (at least, outside the Bay Area) is the High Sierra Camps, which offer a sublime way to experience the backcountry without the hassle of schlepping the requisite gear. Spaced along a loop at six-to-10-mile intervals, the five High Camps are a series of comfy canvas tents, complete with beds and mattresses, along with restrooms (some camps also have showers). But meals are the real star of the show: hearty breakfasts and dinners prepared by a chef, an ideal bookend to a taxing day on the trails. No post-meal plate-scraping here: Instead, amble over to the campfire to relax under the stars before bedding down for the night.

For backpackers who prefer to sleep in their own tents, there’s also a meal-only option for the High Camps, as well as backpackers’ only campsites. Both require a reservation.

A wondrous waterfall is the perfect antidote to muscles fatigued from miles on the trail, and on this 18-mile round-trip route (which can be shortened), there’s always another ‘fall to look forward to. To start, follow the Tuolumne River to Glen Aulin, crossing Tuolumne Falls and White Cascade about four miles in. Keep going, and you’ll be treated to California, LeConte, and Waterwheel Falls—all especially refreshing in the summer. Don’t forget a bathing suit, either: White Cascade beckons for a dip in June and July.

Tuolumne Meadows to Yosemite Valley (via Half Dome)

Best For: Hikers With Their Heart Set on Half Dome

Most day hikers opt to tackle the supremely popular Half Dome hike (which requires one of the park’s most sought-after permits) from Yosemite Valley, a 10-12 hour haul that requires a pre-dawn wakeup call. But an appealing option for backpackers with their sights set on Half Dome is to hike downhill from Tuolumne Meadows via the John Muir Trail or Cloud’s Rest on an overnight trip. Both are dynamite treks in and of themselves, with the 9,931-foot Cloud’s Rest offering a hair-raising ascent (i.e., a narrow, rocky trail with steep drop-offs) on the way to an unbeatable, 360-degree view of Half Dome, El Capitan, and the Cathedral Range.

But if Half Dome is the real draw, this option has a couple of excellent advantages: 1) it saves your legs for the final scramble up the smooth granite of Half Dome; 2) it avoids the notorious crowds, because you can get up earlier and beat them to the base of the cables, where most of the bottlenecks start. 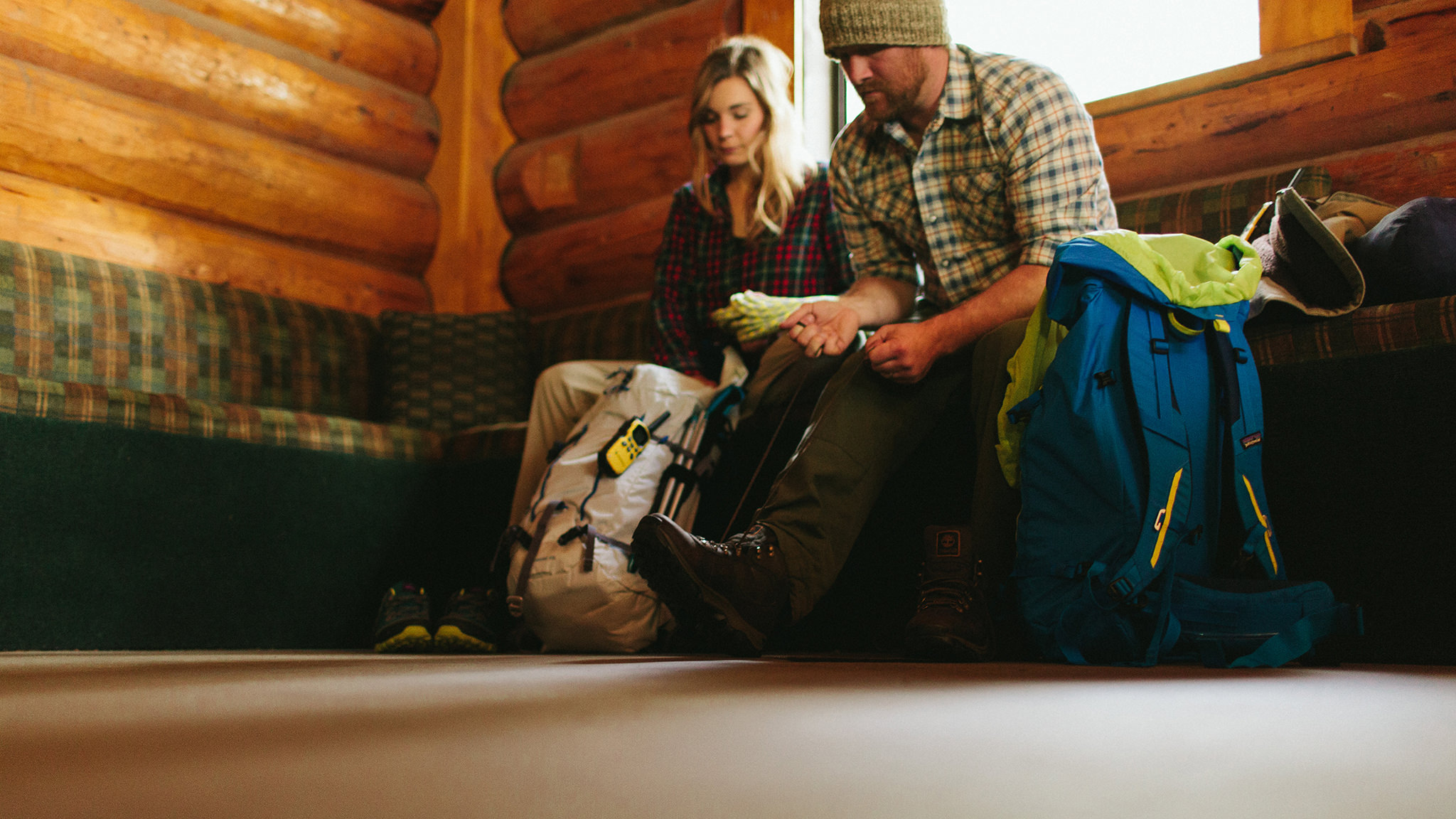