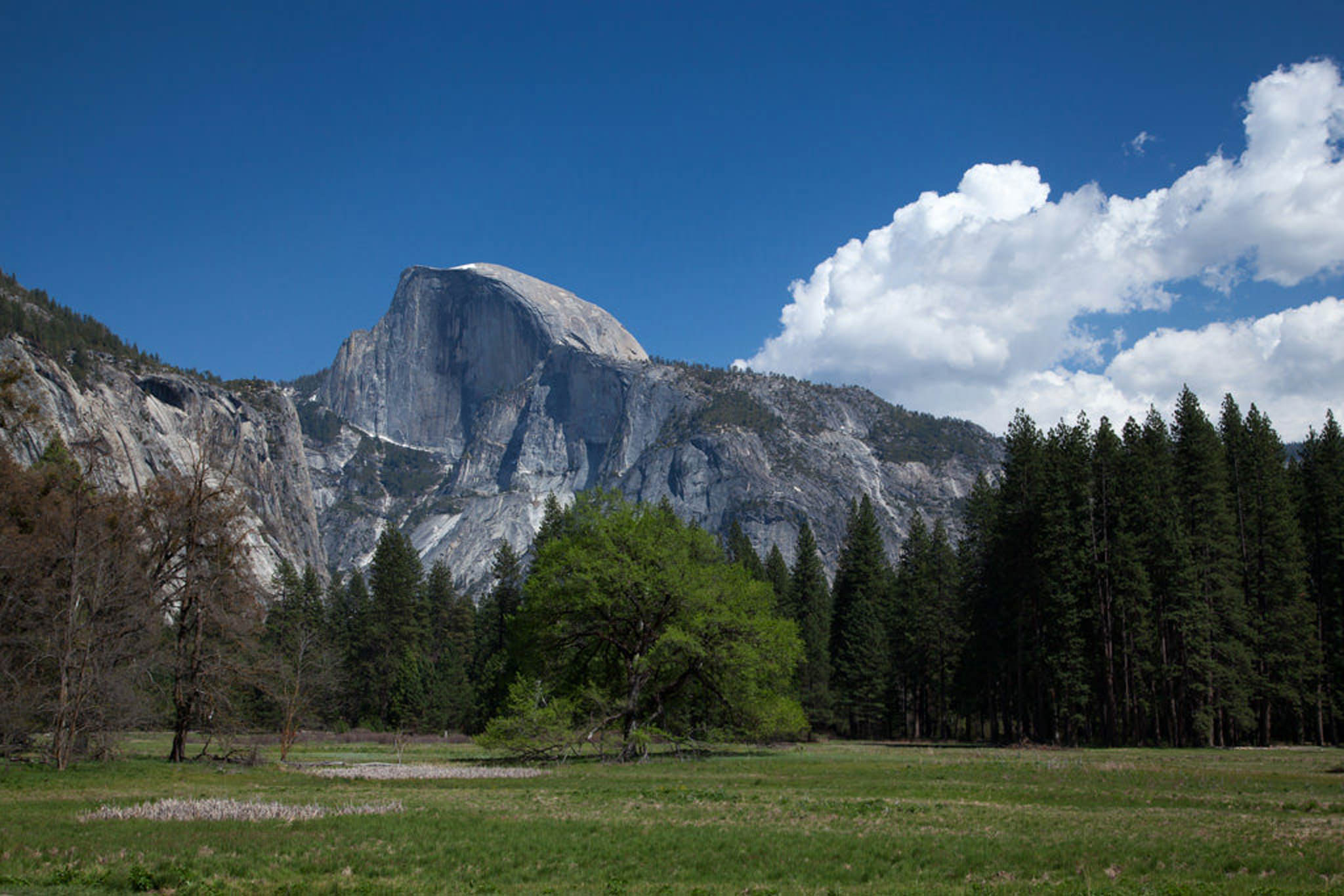 With routes that wind under giant sequoias, through meadows full of wildflowers, and in the shadow of Half Dome and El Capitan, Yosemite National Park is indeed a trail runner’s paradise. The 704,000-acre park boasts more than 750 miles of trails, offering runners a seemingly endless bounty of natural beauty to explore. And for runners who want to put their trail running skills up against some competition, official races like the Shadow of the Giants 50K and the Smokey Bear Run add an element of competition while showing off the park’s stunning wilderness.

However and wherever you hit the trail, though, you’ll have a vast network of options to choose from. But, depending on what time of year you go, you could be dealing with quite the crowds. Yosemite is one of the most visited national parks in the country, hosting nearly 4 million annual visitors that swell to Disney-like sizes in the summer. The silver lining, however, is that most of the masses are walking or hiking, and many people tend to stick to areas right around the trailheads. Make your way even a mile or so beyond that, and you’ll leave the majority, literally, in the dust. Another strategy: Make a beeline for the far less-traveled trails of the High Country, with a fraction of the crowds you’ll find in the valley.

Here’s how to follow in John Muir’s footsteps (wearing your trail running shoes, of course).

For flat, relatively easy runs, Yosemite Valley—the seven-mile-long, one-mile-wide stretch that’s home to some of the park’s most iconic waterfalls and rock formations—is your best bet. The Merced River splits the valley and its trails, and you can easily do out-and-backs to some of the landmarks like El Capitan, the 3,000-foot granite monolith that attracts the best climbers in the world; Camp 4, generally known as the birthplace of rock-climbing and now on the National Register of Historic Places; and scenic waterfalls, including Lower Yosemite Falls and Bridalveil Fall. Trails here can be easily accessed via most accommodations in the valley, but route-finding can be tricky in some spots, so carrying a trail map is advisable for first-timers.

For a somewhat longer excursion, the 11.5-mile Valley Loop Trail, which can also be done as a 7.2-mile half-loop, and traces many of the Valley’s first east-west trails and wagon roads. (The route is a hybrid of dirt, rocks, sand, and old pavement, so pick a pair of trail shoes with good support.) Start the route from the Lower Yosemite Fall area and head west along the base of the Three Brothers rock formation past Camp 4, eventually working your way to El Cap—an ideal spot to catch your breath as you gaze up at the world’s largest continuous slab of granite (bonus points if you can spot any climbers with your naked eye).

If you’re tackling the full route, continue west past El Cap toward Bridalveil Fall; for the shortened route, cross the river at El Capitan Bridge and head east toward Yosemite Village. Pro tip: If you’re visiting in the high season and not spending the night in the park, it’s smart to drive all the way around the valley’s one-way roads and park along the side of the road of Northside Drive (it will be much more crowded in the summer) or in the day-use lots near Yosemite Valley Lodge.

For a more strenuous run near the Wawona area of the park, which is easily accessed from the south gate, pick from several routes near the historic Big Trees Hotel (formerly the Wawona Hotel) that range from 3.5 miles to 12 miles. A couple of hardcore highlights include the 12-mile trip to Alder Falls, which starts about 0.4 miles up Chilnuala Falls Road (look for the “Backcountry Use” sign) and winds through an open pine forest; and the Chilnuala Falls route, which is shorter distance-wise (8.2 miles round-trip) but a real grinder, with 2,400 feet of elevation gain along the switch-back heavy route, which eventually opens up to spectacular views of the Wawona area.

For a true high Sierra adventure, runners can explore the equally spectacular, but somewhat less crowded, eastern region of the park, Tuolumne Meadows. The area is still popular, but it’s also very spread out, meaning you probably won’t be bumping elbows with fellow outdoor enthusiasts as you explore the trails. For easy, flat runs, hit the trails around the meadow itself, including routes that pass Soda Springs and its carbonated, cold water bubbling out of the ground, and along the Tuolumne River and other interesting landmarks.

For longer runs, you can string together any number of loops or out-and-back routes to add elevation and mileage. A few recommended options include Lyell Canyon to the historic John Muir Trail (8 miles round-trip; 200 feet elevation gain); a 4.8-mile round-trip route to Elizabeth Lake, which climbs steadily to a glacier-carved lake at the base of Unicorn Peak (about 1,000 feet of elevation gain); and an 11-mile excursion to Glen Aulin, following the Tuolumne River past two waterfalls as the trail winds its way down to the Glen Aulin High Sierra Camp (past the camp are several more waterfalls that offer scenic incentives to add on mileage if you like).

A few things to remember for trail running in this part of the park: Tioga Pass, the road from the park’s western and southern entrances to reach East Yosemite, is usually closed due to snow until May, so plan your trip accordingly. In addition, don’t forget your water bottle and filter. You’ll need them in this neck of the woods to stay hydrated safely. Don’t forget to take advantage of the free shuttle service that makes stops at several trailheads, and which operates from May through November. And finally, don’t be surprised if even a short run leaves you winded; elevation in the High Sierra starts around 8,000 feet. 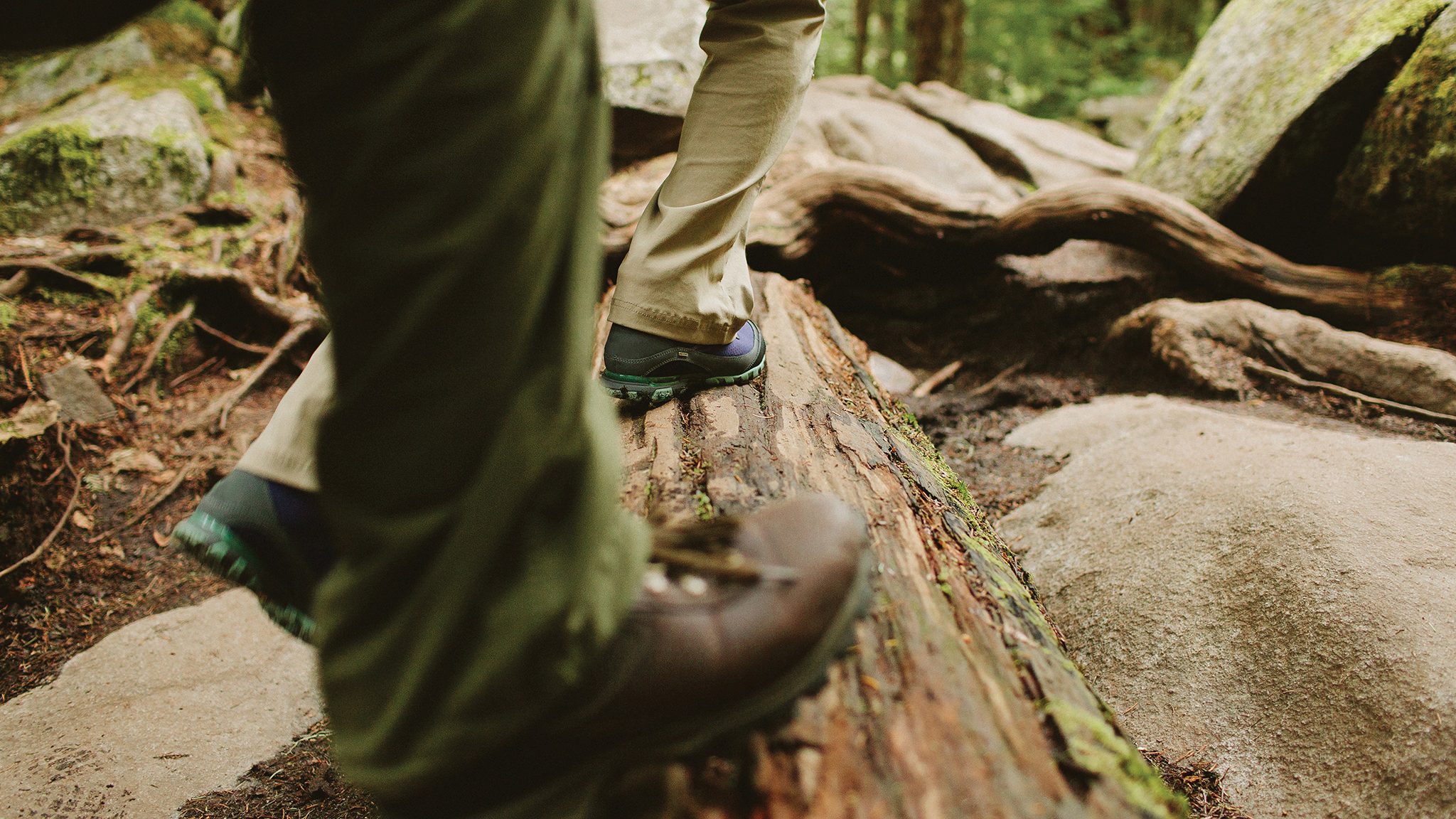