8 Best Beginner Hikes in the U.S. 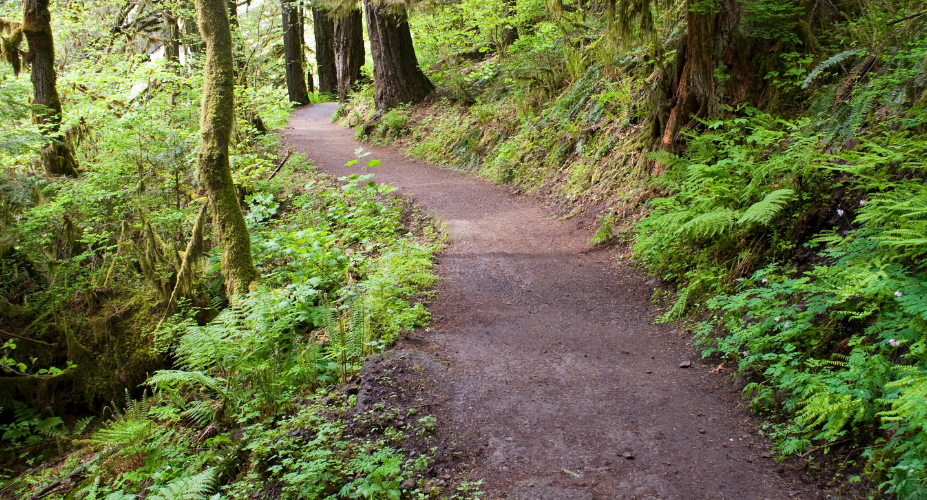 8 Best Beginner Hikes in the U.S.

Sure, the Angels Landing and Grand Canyon Rim-to-Rims of the world might take all the aspirational headlines in the hiking world. But the simple truth is this: a hike doesn’t need to be difficult to be downright legendary. Tucked in underrated yet undeniably gorgeous landscapes all across the country are hundreds of beginner hiking trails that even the burliest, seasoned pro would write home about. From the Blue Ridge to the Cascades, here are a few of the best beginner hikes in the United States. 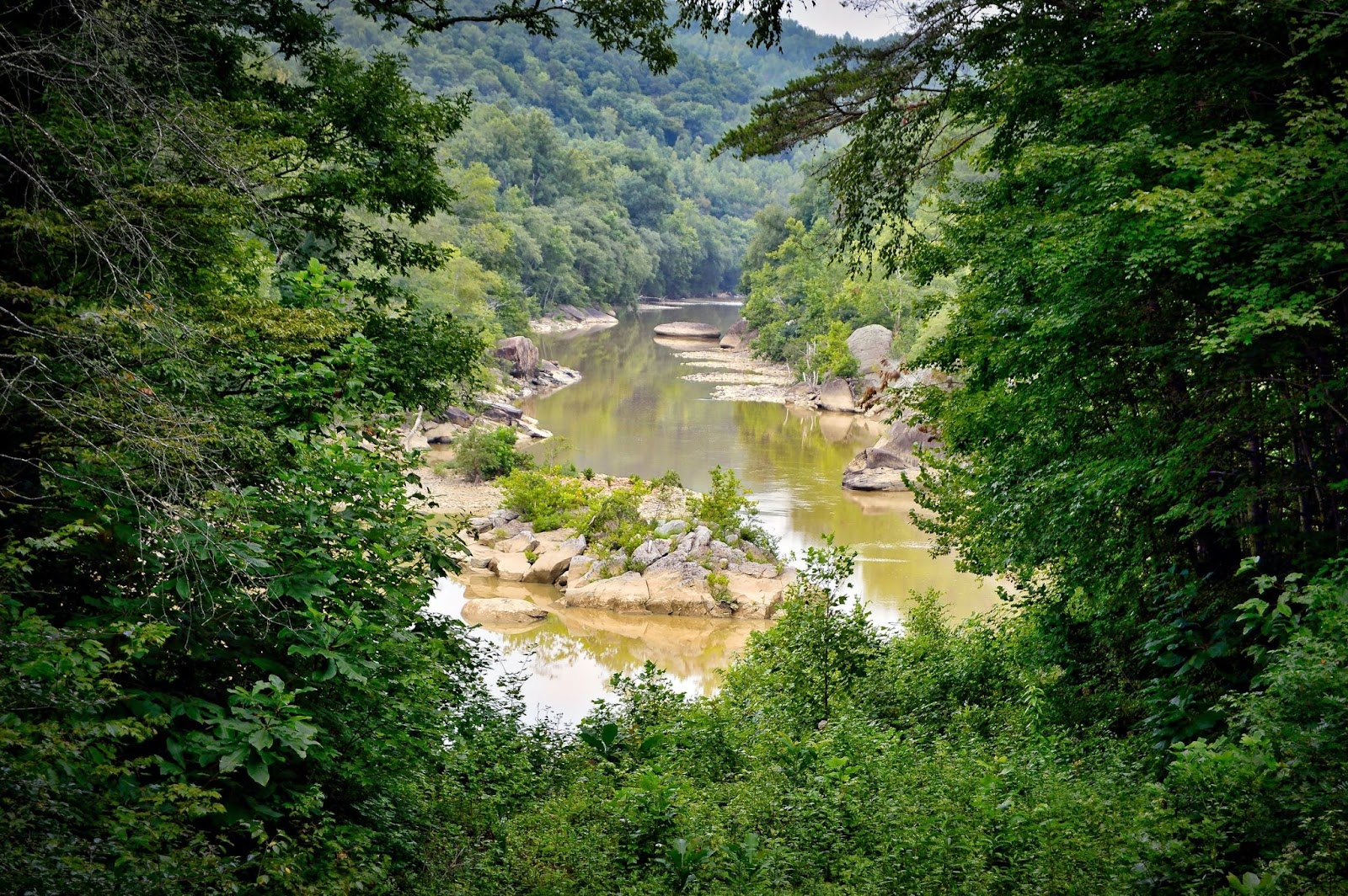 Spread over a rugged, river-carved swath of the Cumberland Plateau, the Big South Fork National River and Recreation Area is loaded with ancient geological marvels. One of the park’s preeminent highlights is the pair of rock formations appropriately dubbed the Twin Arches. Perched side by side, the towering rock bridges are easy to admire on the 4.6 mile Twin Arches Loop, a family-friendly circuit showcasing both the park’s natural wonders and rich history.

Beginning atop the ancient arches, the trail drops toward Station Camp Creek, and weaves along the base of the massive rock bridges, also skirting historic home sites and cavernous rock shelters once used by prehistoric Native American inhabitants, resourceful moonshiners, and far-ranging long-hunters. Along the way, hikers also pass the Charit Creek Lodge, the recreation area’s cozy yet rustic backcountry getaway—a perfect option for folks looking to extend their trip. 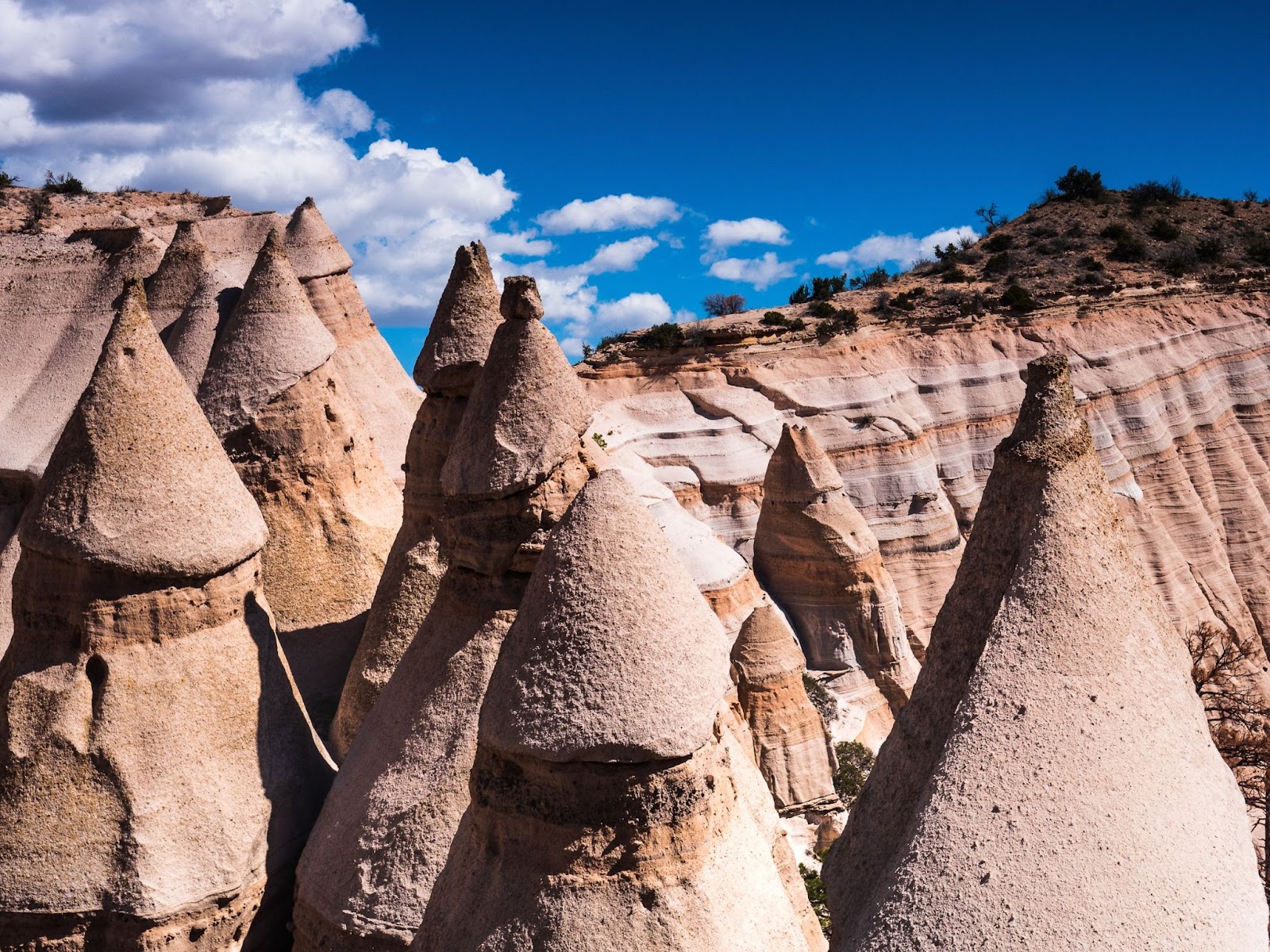 On New Mexico’s Pajarito Plateau, the Kasha-Katuwe Tent Rocks National Monument provides a sampling of the iconic landscape of America’s Southwest—along a trail network offering routes easily within reach of beginner hikers. The protected area preserves a visually rich landscape significant to the Pueblo de Cohiti and shaped by centuries of geological processes.

And for a harder trek, the mile long Slot Canyon Trail splinters off the main loop, leading hikers to the top of the mesa, and providing expansive views filled with the Jemez, Sandia, and Sangre de Cristo mountains. Along the hike, look out for golden eagles circling overhead, along with manzanita, Indian paintbrush, and desert marigold edging the trail. 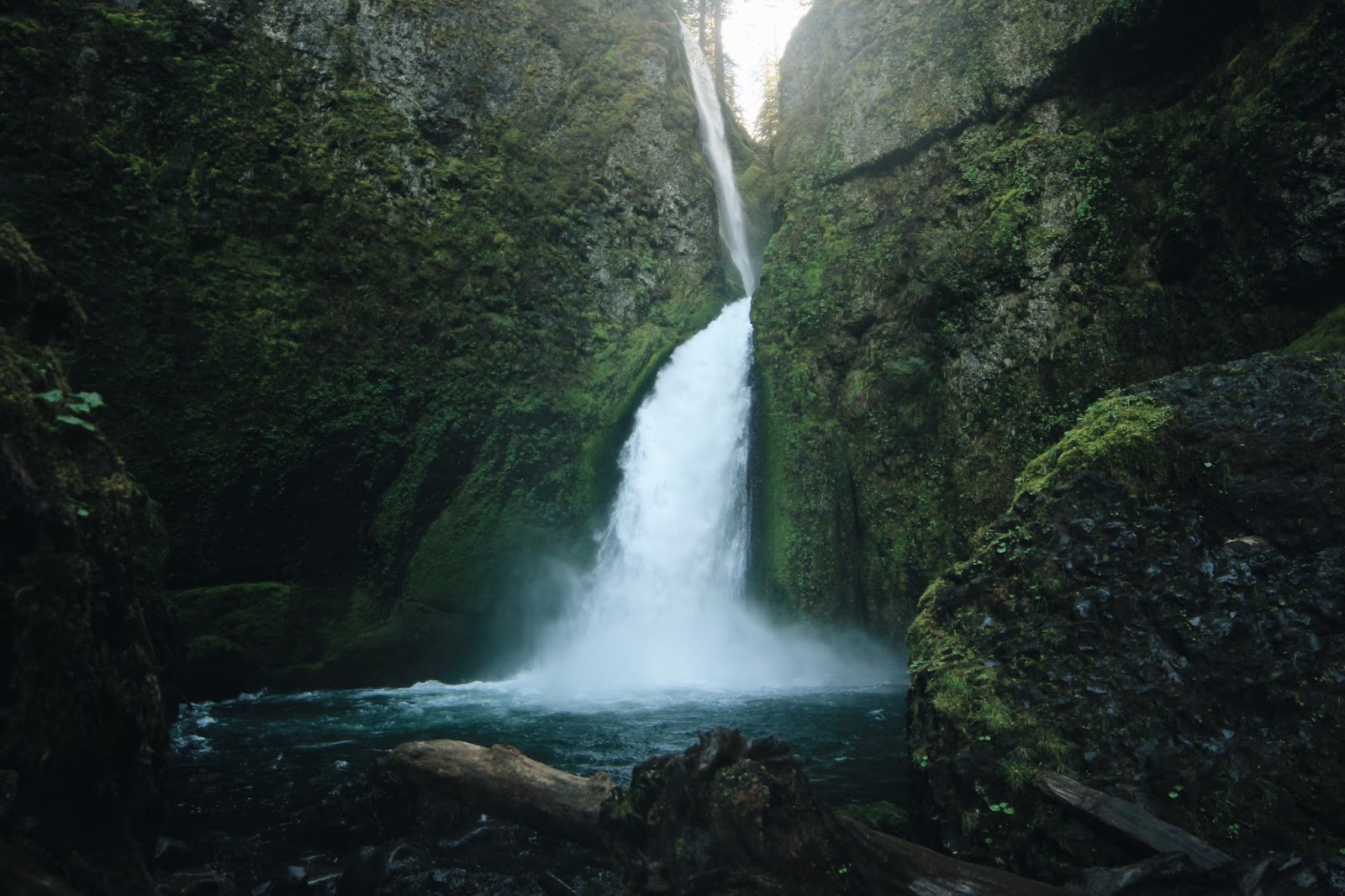 A rugged gash forged by violent volcanoes and ferocious floods, the Columbia River Gorge provides an abundance of recreational opportunities for outdoor lovers. For hikers still getting the hang of things, the Wahclella Falls Trail provides a stunning glimpse of the extensive Columbia River Gorge National Scenic Area, along a trek with manageable mileage—and plenty of natural wonders.

On the 2.4 mile out-and-back route, hikers wander beneath stands of cottonwoods, alders, big-leaf maples, and Douglas-firs, dipping into the rugged Mark O. Hatfield Wilderness, and skirting the misty spray of Munra Falls. After hiking just over a mile, trekkers reach the cedar-fringed grotto fed by the lower portion of Wahclella Falls—an idyllic place to linger, especially during the summer. 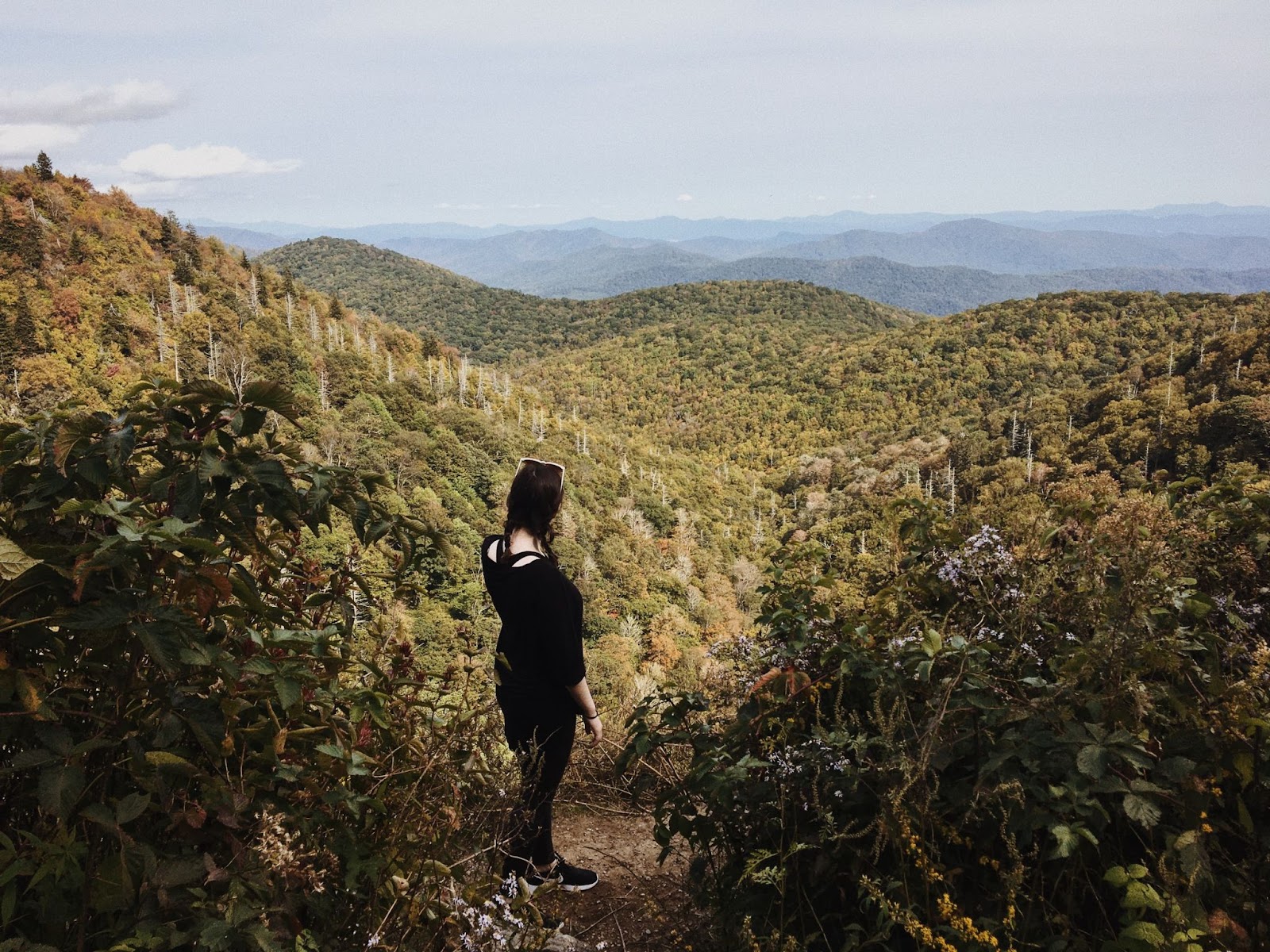 Taking in the views from North Carolina’s Black Balsam Knob, by Erin Doering

Rising high above the Shining Rock Wilderness, Black Balsam Knob is one of the most spectacular vantage points along North Carolina’s portion of the Blue Ridge Parkway. Situated at the eastern edge of the Great Balsam range, the trademark southern Appalachian bald rewards hikers with unobstructed 360 degree views, filled with a sea of silhouetted peaks.

To the west, the Great Smoky Mountains spread toward the horizon, and to the north, the Mount Mitchell range dominates the landscape, crowned by the highest peak east of the Mississippi River. From the parkway, the 6,214 summit of Black Balsam Knob is also easily accessible, courtesy of the Art Loeb Trail. Although the trek begins in a fringe of balsam forest, most of the 1.6 mile out-and-back is spent traversing the panoramic bald’s meadow-blanketed summit.

In the southern portion of the park, Bald Mountain treats hikers to celestial views of the Fulton Chain of Lakes and the Moose River Plains, with little climbing required. Beginning in the woodlands of the Fulton Chain Wild Forest Area, the mile long hike to the Bald Mountain’s 2,350 foot apex includes only about 500 feet of elevation gain, and the sprawling summit has plenty of rock ledges perfect for picnicking.

The peak also still bears a lingering reminder of the region’s history—a spindly fire tower. Constructed in 1917, the historic lookout is just one of the 58 fire towers erected in the Adirondacks at the turn of the century after a pair of wildfires blazed through the region, incinerating nearly a million acres of wildlands. 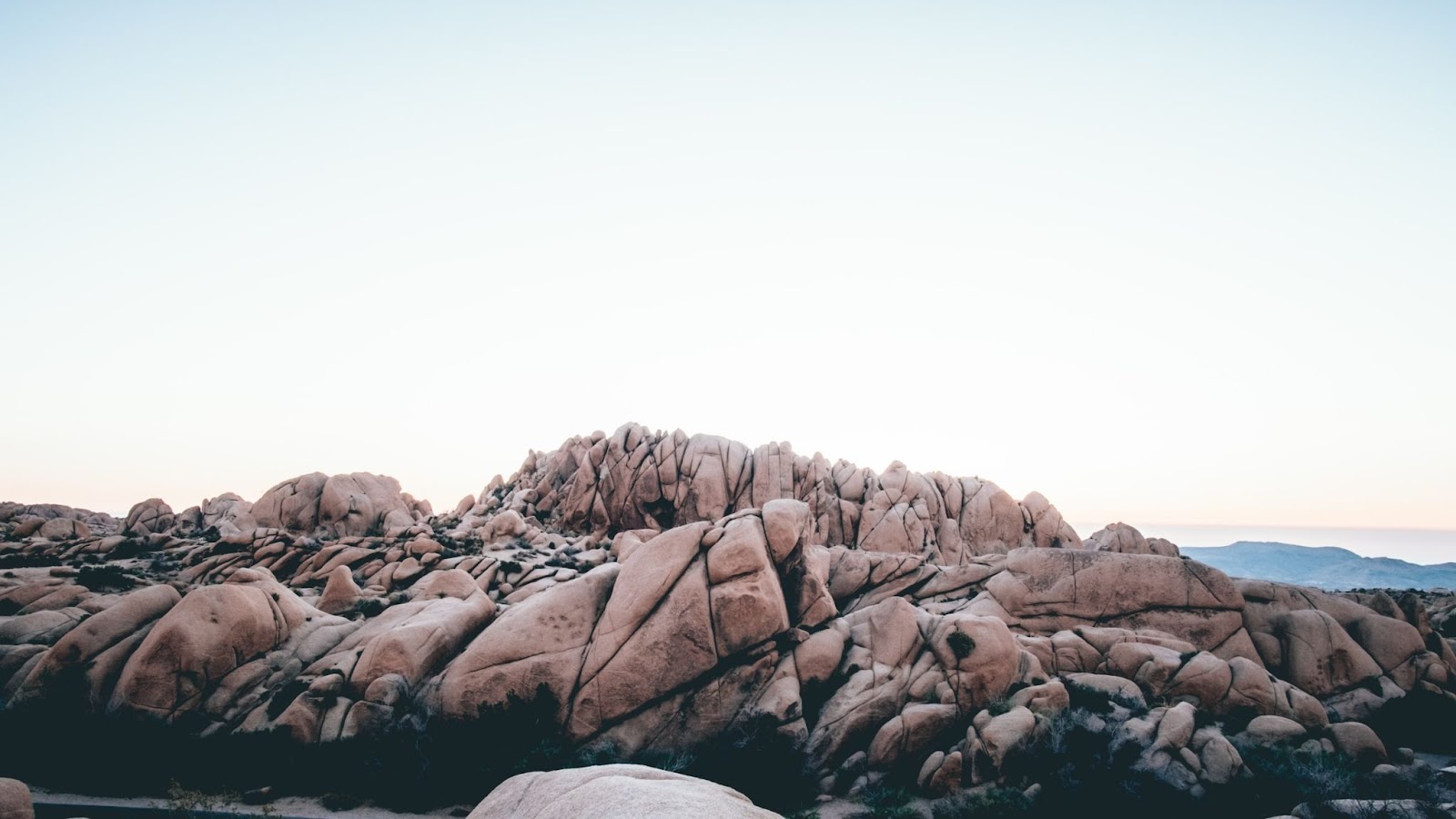 Situated at the nexus of the Colorado and Mojave Deserts in southern California, Joshua Tree National Park protects an otherworldly landscape of rock monoliths, spring-fed natural oases, and craggy mountains. The park also harbors a fascinating assortment of flora and fauna uniquely adapted to the region’s water-scarce environment, including desert iguanas, coyotes, and bighorn sheep.

While the terrain and temperature extremes can pose a challenge to visitors exploring the park on foot, there are still plenty of options for beginning hikers—including the trek to Skull Rock, a giant boulder bedecked with weathered depressions resembling eye sockets.

The eponymous Skull Rock Nature Trail skirts hulking granite formation, and provides a chance to admire some of the park’s breathtaking biodiversity. Keep a look out for basking lizards and eye-catchingly colorful cactus flowers along the 1.8-mile loop.

7. Garden of the Gods, Illinois

Stashed away in the Shawnee National Forest in southern Illinois, the Garden of the Gods Recreation Area preserves an assortment of striking sandstone formations, sculpted by the wind and rain for more than 320 million years.

For day-hikers, the Indian Point Trail provides a bite-sized taste of the region’s natural assets, with little technical terrain. The 1.6 mile circuit rambles through the northern corner of the wilderness area, traversing pine-peppered woodlands, skirting stacked sandstone bluffs, and threading panoramic ridgelines, while serving up generous views of the Shawnee Hills.

For an overnight adventure, the Pharaoh Campground in the adjacent Garden of the Gods Recreation Area is open year-round. 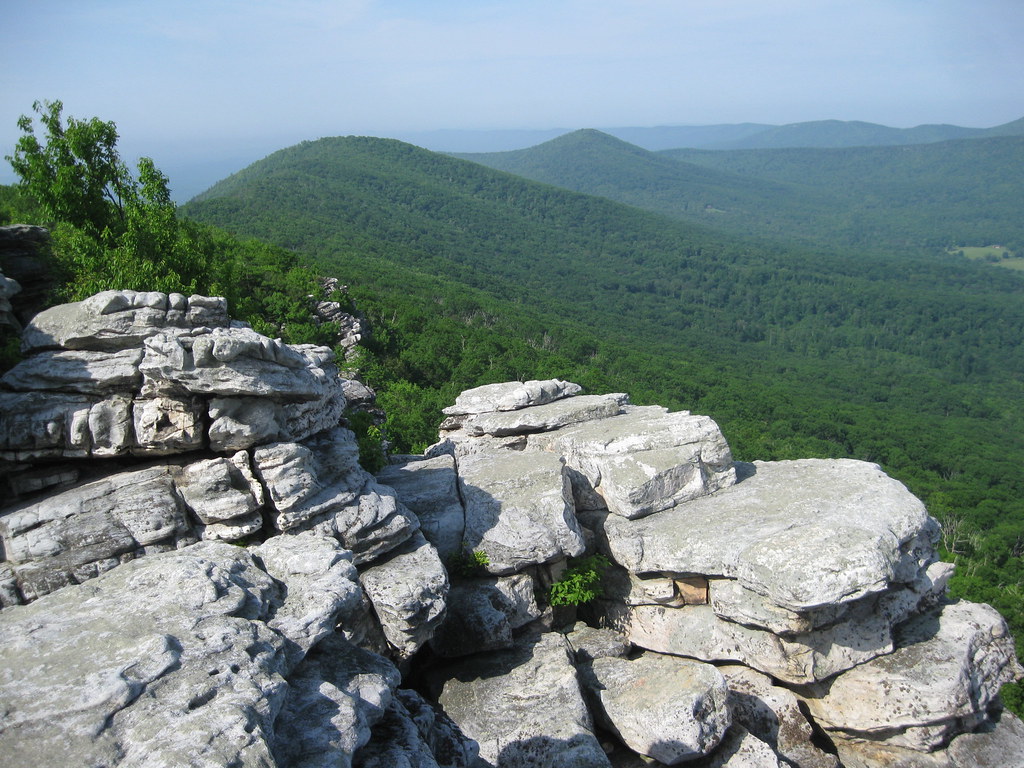 With a panoramic perch atop Great North Mountain, the rock formation nicknamed Big Schloss rewards hikers with expansive views of the George Washington National Forest. But, the 4.6 mile out-and-back hike to reach the stately sandstone crag is just as scenic the entire way.

Starting from the Wolf Gap Recreation Area, the trek begins with a climb along the wooded flanks of Mill Mountain, but quickly tops out on the massif’s panoramic ridgeline. For the rest of the trek, the route traces the spine of Mill Mountain, offering views of West Virginia’s Trout Run Valley and Long Mountain to the west and Virginia’s Shenandoah Valley and Massanutten Mountain to the east. After about two miles, a wooden bridge leads hikes to the boxy outcrop, named by European immigrants for its resemblance to a castle, or schloss in German.

Whichever hiking trail calls out to you, Superfeet will take you there. Happy Trails!

Written by Malee Baker Oot for Matcha in partnership with Superfeet.