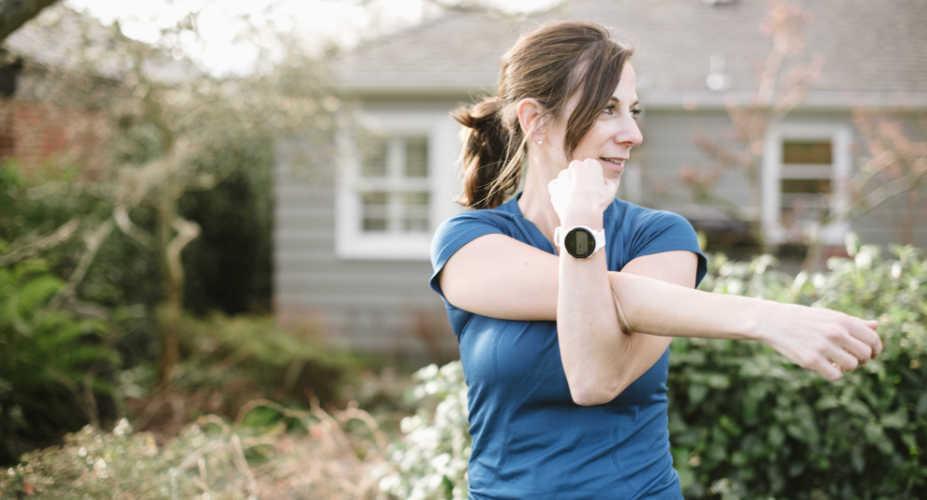 We're celebrating International Women's Day (IWD) all month long by featuring some of the incredible women on the Superfeet ambassador team.  This year's IWD focus is #ChooseToChallenge, encouraging people to celebrate women's achievements while raising awareness about gender bias.  Read on to learn more about author, entreprenuer and Superfeet Ambassador Christine McHugh, and her experience.  Follow Christine on Instagram: @christine.mchugh.runs

Tell us your story.

I grew up in Alaska and moved to Seattle right out of high school which is when I discovered a love for the outdoors. A hiker and skier, I didn't get into running or cycling (my core sports these days) until I was in my early 40s. I was inspired to try running by my then grade school aged son who was in a school running program. I was hooked. After a 27 year career at Starbucks Coffee as an executive, I left to join a healthcare startup which led to me starting my own boutique management consulting business 18 months ago. I work mostly with fast changing small and medium sized services organizations on things like strategy, operations, culture and people practices. I'll be publishing my first book, From Barista to Boardroom, late spring of this year. Throughout my life, I've lived my value of service to others. That manifests itself in my work and in my community in so many ways. I love being a product ambassador because it gives me a chance to share my passion for brands that share my values and make me a better athlete and human.

Mt Rainier always inspires me, whether that's from a distant view, hiking the trails, skiing in the park or cycling up the mountain highways.

The most recent read I couldn't put down was American Dirt.

What is your proudest accomplishment?

Starting my own business.

What is your favorite Superfeet?

Have you ever felt like you had to check your authentic self at the door?

For sure. I've actually been coached to act a certain way because I would be better received by the group I was meeting with and it had nothing to do with the substance of my work. I can appreciate being adaptable and knowing your audience but if I can't laugh or tell it like I see it and instead have to nuance everything, it's not me.

But in recent years, I've decided to operate more with "what you see is what you get." I don't know if it's because I've gotten older or I've learned that it feels so much better and I do better work when I can just be myself.

Has someone assumed you could or could not do something because of your gender?

I can certainly think of times men were asked to lift something or move something heavy when I was standing right there because someone assumed I couldn't without even asking me. It always ticks me off when that happens as I'm stronger than I look or than I'm perceived to be. On a more serious note, when I was pregnant and about two months out from my due date, my boss asked me if I wanted to stay in my job when I returned from maternity leave. It was a high pressure job with a lot of travel but I loved it. I can almost 100% guarantee that, if I were a man, he wouldn't have asked me that. Huge assumption on his part and I was totally offended.

Have you ever felt excluded from a conversation, situation, process or decision because of your gender?

Have you ever felt shame or inadequacy because you didn't live up to expecations placed on you because of your gender?

I think the hardest part has been being both a career woman and a mom. I love working and always have and never saw myself as a stay at home mom.

Of course I love my child more than anything and felt guilty when I went back to work after maternity leave. I felt like I "should" stay home because I was risking his emotional development. And once I went back to work, the expectations to run a household, be the perfect mom, the high performing employee, the family breadwinner and the doting and conscientious family member made it feel hard to live up to.

I'm not a man so I can't speak for their experience but I definitely felt like my male peers didn't have these same pressures. When I was a VP, the guy who had the office next to me (also a VP) was always there a half hour before me. It pissed me off. His wife cared for their kids but I had been getting up at 4:30 to work out, shower and put my make up on and do my hair (he was bald BTW), feed my son a rushed breakfast and get him in the car to drop him off at daycare right when it opened so I wouldn't be in the office super late. By the time I got to work, my peer had already had informal drop by's with other execs and leaders and he was so much more relaxed than I was, it was annoying. It's times like this, I felt like I was falling short on all levels and it was impossible to catch up.