10 SURE SIGNS YOU'RE A TRAIL RUNNER 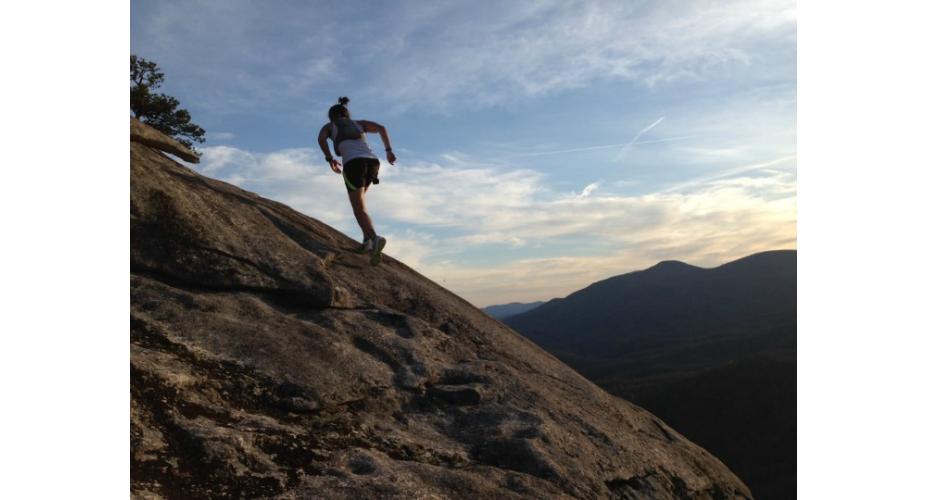 10 SURE SIGNS YOU'RE A TRAIL RUNNER

Road runners are easy to spot. When they're not running along the shoulder against traffic in their brightly-colored neon nylon, they're behind the wheel of vehicles with those ubiquitous "13.1" and "26.2" stickers on the back windows.

As a trail runner, you're less visible. That's because, well, you spend a lot of time hiding in the woods. When you do step out of the dappled shadows to rejoin civilized society, however briefly, you can look like any one of us.

Here are 10 sure signs that give you away.

1. You don't have any toenails.

Run trails often enough and for significant distances, and you will likely shed toenails. It’s no big deal. In fact, if you have three or four intact nails, you probably just don’t run enough.

Non-runners squirm if they see toenails blackened or missing from your unshorn feet. Heck, blood drains from their faces at the mere mention of your toenail trauma.

But repeated bashing of one’s toes against the top or front of one’s shoes—especially when running steep downhills—commonly causes bruising under toenails. The concurrent swelling separates the nail from the nail bed. Nice, huh?

There are means of escaping the cycle of violence to one’s toenails. Running in shoes with larger toe boxes can alleviate this problem. Wearing wicking socks, applying moleskin to “hotspots” and otherwise keeping your feet dry will help. But nothing says “hardcore trail runner” like an incomplete set of intact nails. The toenails you’ve lost were excess weight slowing you down anyway, right?

Of course, you should hesitate to be seen off the trail sporting all that. Back in civilization, it’s enough that you wear your old trail shoes, long-sleeve shirts from races you ran a decade earlier, and that mammoth GPS watch on your wrist. And why wouldn’t you wear in public those running shorts that show off your especially buff quads and calves?

3. You're a borderline alcoholic. (As in, you love post-run craft beer WAY too much.)

I’ve rationalized the following: So long as my weekly mileage exceeds the number of beers I drink in the same amount of time, I lead a balanced life. For obvious reasons, no physician (or mathematician) will endorse any running-to-drinking ratio. But at least my approach sets me apart from “beer milers”—those masochists who run all out on a track, chugging a beer before each lap.

That’s four PBRs per mile, or 4 bpm (beers per mile), by the way. Imagine the training that requires. I’d much rather down one or two higher caloric, locally brewed IPAs to refuel after a hot summer run in the woods. And to tell you the truth, I’d sooner take part in an event sponsored by a brewery than one sponsored by a health insurance cooperative. But I have an affinity for the culture of the Hash House Harriers, a global “drinking club with a running problem.”

4. You've had a Terrible, Horrible, No Good, Very Bad Day in the woods before.

Who hasn’t turned an ankle or tumbled into a ravine at the farthest point on the trail from their car or a ranger station? Non-trail runners, presumably. But they also avoid getting lost, eaten alive by mosquitoes or black flies, or struck with a horrible bathroom emergency out in the middle of nowhere—and where’s the fun in that?

Unpredictable things can and do happen on trail runs. Sometimes those things are awful, deeply discouraging, and threaten to keep you from straying from a paved surface ever again. But just as likely, you can have an Awesome, Wonderful, Very Good, Never Better Day in the woods—complete with a brilliant sunrise, an awe-inspiring critter encounter, and/or a breakthrough physical performance—that more than offsets those sucky runs.

5. Your shower is caked with mud from your calves.

It’s weirdly satisfying to watch the grime from a dusty and/or muddy trail run circle the drain as the water pressure from the shower head relieves the achy feeling in your neck, shoulders, and limbs. You need to scrub away the resulting ring around the tub more frequently, and make sure the prickers you shed don’t clog the drain.

6. Your car is littered with shoes, dirty socks, and recovery drink bottles.

Like smokers who have long lost their sense of smell or self awareness about the filthiness of their habit, trail runners can generate a rankness only other people can detect. You can’t hang enough air fresheners from the rear-view mirror or apply too many coats of Tiger Balm to your person to mask the musk from a sweaty trail run.

It shows forethought to have on hand a change of socks, shoes, and a clean towel to drape over the driver’s seat for the drive home from the trailhead. But if you don’t remove from the vehicle what’s soaked up and still stewing in your perspiration, do not offer a non-runner a ride. They may pass out. And after they’ve regained consciousness, if you still haven’t cleared out the empty Gatorade bottles, flattened and sticky Gu packets, and granola bar wrappers, they’re unlikely to ever go anywhere with you again.

7. You can't bear to even look at another packet of Gu.

At 100 calories per serving, Gu and other gels favored by runners and cyclists are hard to beat for providing easily digested and quick energy boosts. There’s a flavor for nearly every palate. But chances are you’ll regret choosing only maple bacon or salted watermelon to sustain you for a full day or two of trail running. And there comes a point during especially long runs when you simply can't force the stuff down to save your life.

8. You never leave the house without your insoles.

To commune with or maximize the “feel” of the trail, a lot of trail runners minimize the amount of shoe they wear. This usually means running in shoes with little cushioning or difference in the distance between the ground under the heel from the distance under the toes. But given the varied terrain on which we run—from unforgiving paved or packed paths, loose gravel, grass, and slick leaves and mud—the lack of cushioning or support can leave you susceptible to foot and ankle injuries.

So to reduce shock and bolster the protection of low-profile shoes, supportive footbeds are added. Superfeet insoles are available in a variety of models and degree of stiffness—with heel cups, arch support, and memory foam—for different types of feet. They’re especially beneficial when recovering from arch pain, plantar fasciitis, or a sprained ankle.

9. You've owned a pair of Hokas before.

You’re quick to claim you stopped wearing minimalist shoes on the trails long before everyone else started. And you brag of lacing up a pair of Hoka One Ones—the maximalist, polar opposite in sole support—before the masses suffered from tendonitis and followed suit.

One of the great things about trail running is anyone can do it with very little equipment required. Yet trail runners are trend setters or followers, too, and as susceptible to new gadgetry as anyone. Whatever makes you more trail happy, wear it, do it, be it.

10. You've read Born to Run, and you have a crush on Jenn Shelton.

As much for her pixie good looks and speed on the trails, Jenn Shelton is admired for her ability to out-drink and then out-run many of her male competitors.

This reputation was amplified in Christopher McDougal’s best-selling book, Born to Run. Shelton was just 21 in 2006 when McDougal invited her, Scott Jurek, and other top American ultrarunners to run a 50-mile race in Mexico’s Copper Canyon with members of the native Tarahumara tribe. On a run in a remote corner of the canyon area, Shelton got separated from the group and was found hours later suffering from severe dehydration.

Shelton has taken issue with how she comes across in the book—as a naturally talented but reckless runner, more inclined to party hard than train hard. The new indie film about her, Outside Voices, apparently doesn’t dispel her polarizing reputation so much as share her love of running in the mountains, literally in black-and-white.

In his review of the 45-minute film for irunfar.com, fellow ultrarunner Dakota Jones describes Shelton as “fiercely independent and truly herself … vocal and irreverent and beautiful. The world loves a rebel, and all the more if she’s pretty. Best of all, she’s fast, and offers a way to be successful and have fun at the same time, without all the boring drudgery of convention.”

What’s not to love?

Originally written by RootsRated for Superfeet