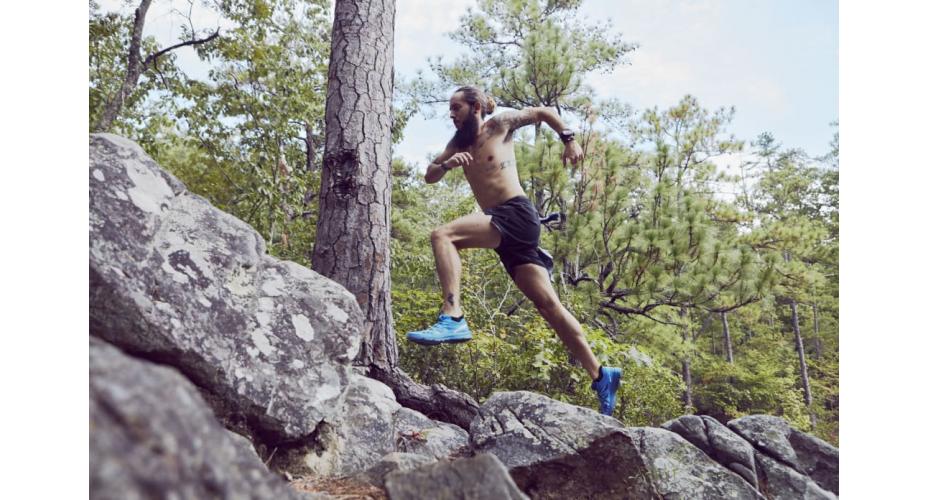 It’s tough enough for many of us to squeeze in a regular run or hit the gym on a regular basis. Overscheduled lives full of work, school, and family commitments, not to mention injury, illness, or just plain old laziness can all chip away at the time and dedication necessary to keep up a regular running or fitness routine.

But sometimes, the best boost to get out there and break a sweat is hearing someone else’s story. Which is where these extraordinary Alabama athletes come in: They hail from all parts of the state, but they’re all runners with an extraordinary level of commitment in the face of adversity, and a remarkable willingness to push themselves to new heights.

One Alabaman, for instance, followed a health scare by running marathons; a decade later, she completed a grueling, 157-mile, seven-day race deep in the heart of a Brazilian forest. And, believe it or not, one lovable pup ran a half-marathon in early 2016—and finished in the top 10.

Here, six inspiring Alabama runners and their remarkable adventure stories—perhaps just the push you need to get out there and find a story of your own on the road, trail, or elsewhere in the great outdoors.

Zach Andrews has completed dozens of distance events in the Southeast. Courtesy of Zachary Andrews

Zach Andrews grew to love running as a pitcher at the University of Montevallo. There, his coach encouraged distance running as a form of conditioning—provided the players didn’t jeopardize their scholarships and run on nearby trails.

That desire never left, so after leading the team to the College World Series in 2006, Andrews transitioned into trail running four years later. The Calera resident has since run dozens of events in the Southeast, including the Crown Jewel 100, a 106-mile run through the rugged north Georgia mountains, and the 71-mile Smoky Challenge Adventure Run.

His greatest accomplishment, however, may be the astounding Pitchell 100K, sporting a cool 30,000 feet of elevation change. Andrews completed the grueling, self-supported run in October 2013, becoming one of only 21 people ever to finish the race.

Truman Smith has completed a marathon in every state and on every continent. Courtesy of Truman Smith

For most of his running career, Truman Smith has weighed around 200 pounds. Yet that hasn’t been an obstacle for Smith, a former powerlifter, who has finished 141 marathons and distance events since he took up running at age 40 as a way to get in shape.

Since then, the 70-year-old Smith, who grew up in Tuscaloosa and now lives in Chattanooga, has logged an incredible list of running accomplishments—as well as plenty of passport stamps. He’s run a marathon in all 50 states and on all seven continents—he wrapped up the latter feat by finishing the Antarctica Marathon in 6:20, at age 66. He’s qualified for the Boston Marathon 27 times—and run it four. He’s also completed marathons in world-class cities including Rio de Janeiro, London, Berlin, and Paris.

And, in January 2016, Smith finished his first 100-miler, the Pistol Ultra Race, in a very respectable 27 hours, 27 minutes—despite training for just two months. In 2016, he was also invited to run the Comrades Ultra Marathon, a brutal, 56-mile race in South Africa that draws some of the most elite distance runners in the world. (He didn’t end up running the event, but South Africa is still on his bucket list of destinations to run a marathon.)

"Running has given me a life way outside of what's normal," Smith says. “I have been blessed.”

In 2006, Kathleen Hamrick experienced a health scare and was told by her doctor that she may never run again. Hamrick had never been an avid runner but, buoyed by a determination to prove her doctor wrong, subsequently ran her first marathon.

She hasn’t slowed much since.

Hamrick, who lives in Birmingham, has run numerous long-distance races over the past 10 years, including the Grand to Grand ultramarathon race in 2013; running with her sister Liz, Hamrick ran from the rim of the Grand Canyon to the summit of the Grand Staircase. She suffered a stress fracture midway through the seven-day race but still won her division.

Most recently, Hamrick was one of 55 runners from 14 countries to tackle the 2016 Jungle Marathon. Over the span of seven brutal days, Hamrick ran 157 self-supported miles in the Tapajos National Rain Forest in Brazil—running relentlessly despite difficult terrain, and dangerous heat and humidity.

Olivia Affuso started running in 1994, when she tackled her first four-mile trail race, and hasn’t stopped to catch her breath in the decades since.

Affuso stays busy enough in her day job as an associate professor in the Department of Epidemiology and as an associate scientist in the University of Alabama at Birmingham’s Nutrition Obesity Research Center and the Center for Exercise Medicine.

But in her spare time, Affuso runs long-distance races like the rest of us nosh on popcorn at the movie theater. She has completed the Ironman 70.3 Augusta in 2015 (her first triathlon); the Cheaha 50K in Delta, Alabama, that same year, which was her first 50K in Alabama; the Hallucination 100 in Hell, Michigan in 2014 (her first 100-mile finish); and a myriad other races in Georgia, Mississippi, and beyond.

Most recently, the Birmingham resident completed 137 miles of the vaunted Appalachian Trail in 2016. She’d eyed the hike since November 2014, when she first stepped onto the AT. Roughly two years later, she made her dream a reality, hiking between the Nantahala Outdoor Center in North Carolina and Springer Mountain, Georgia. Affuso also serves as vice president of the Birmingham Ultra Trail Society, a group dedicated to growing the trail running community in Birmingham.

Keep up with Affuso’s adventures on her website, which documents her passion for life and challenging herself.

Karen Gelmis has long been an active runner. She started running marathons in the 1990s, and while living in Texas became an avid trail runner, completing several 50K races in the process.

But when she and her family moved to Huntsville several years ago, she missed the running community that she’d been a part of back home in the Lone Star State.

So she created her own.

Gelmis helped found We Run Huntsville, a group for helping athletes find running buddies, local trails, gear ideas, upcoming races, and more in late 2009. The group has grown quickly since its formation, and its Facebook page currently boasts about 6,000 members.

Ludivine is the bloodhound that Elkmont’s Hound Dog Half Marathon is named after. April Hamlin

Nope, it’s not a misprint: One of Alabama’s most inspiring runners is a four-legged one. In 2016, Ludivine, a floppy-eared bloodhound from Elkmont, escaped from her home and subsequently completed the Elkmont Half-Marathon, finishing *seventh *in the process.

It all started when Ludivine went outside on an overcast Saturday morning in January 2016. Ludivine escaped the yard without her owner noticing, eventually winding up near the half-marathon’s start line.

The bloodhound, who was two-and-a-half years old at the time, took off with the runners and didn’t let up until after crossing the finish line with a time of 1:32.56. She received a medal for her efforts and was reunited with her owner shortly thereafter.

The following year, the event was renamed Elkmont’s Hound Dog Half Marathon in honor of the scrappy pup. Its logo was an image of—you guessed it—Ludivine.

Written by Matt Wastradowski for RootsRated in partnership with BCBS of AL.