What to Eat Before a Run 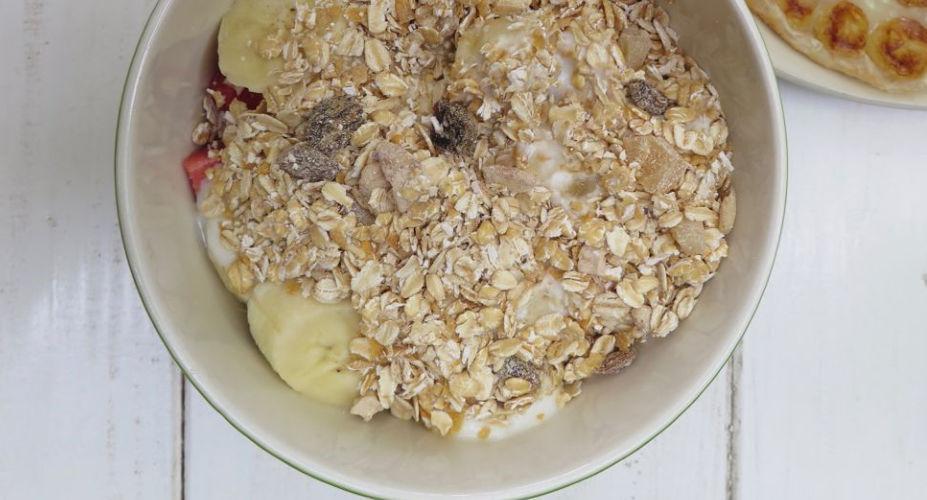 What to Eat Before a Run

Find out what and when to eat before high-intensity, race pace and recovery runs – as well as races.

Most of us have no problem devoting time to thinking about what we're going to eat after a run. In fact, it's pretty much the only thing we do think about during the last half an hour or so of a run, when the idea of the full English or 16in pizza to follow is the main factor in finishing with negative splits.

Likewise, planning what to eat during a run is something that many runners will spend a lot of time on. Gels, energy bars, sports drinks, electrolyte tabs – they're all commonly found in the pockets, backpacks and belts of serious runners, who will plan when to take each of them down to the exact minute or mile of their run.

However, when it comes to what to eat before a run, it's common for people to be more blasé, grabbing their trainers and heading out the door at lunchtime, straight after work or first thing in the morning, with little thought to when or what they last ate. Not only can that attitude lead to some gastrointestinal, ahem, problems during a run, it might stop you from getting the most from your training.

As sports scientist Professor Greg Whyte explains, to maximise the benefit of any training session you need the right fuel in your body.

"If you want to be a better runner, you have to tailor your nutrition to the goals that you have for each session. So if you want to burn fat, you might run in a relatively starved state, whereas if you're aiming for a high-quality, high-intensity session you'll want to make sure your glycogen stores are topped up [with carbohydrates]."

To help you get your pre-run nutrition right, here's what to eat and when before all of the most common types of running session.

If you're heading out for a tough interval session or hitting the track, you're going to be burning a lot of carbohydrates so you want to make sure your glycogen stores are replete.

"The thing with high-intensity sessions is that you get very heavy gastric loading," says Whyte. "What that essentially means is that you could feel pretty nauseated. To reduce the sickness you want to eat less before these sessions than you might on a longer run and you'll probably want to leave a longer gap between eating and starting the session too."

What you can stomach, how much of it and when, varies greatly from person to person so experiment until you get it right, but as a rough guide you should be taking on carbohydrates around two to three hours before training to top up your energy levels. Include complex carbohydrates such as rice, pasta or potatoes with your meal for slow-releasing energy. You might also want to have a high-carb snack such as a cereal bar or sports product around 30 minutes before a session to give you an extra boost.

If you're training first thing in the morning, you probably won't have time to eat a full meal so Whyte recommends a spot fix. "Before early sessions you've usually had a 12-hour fast, which can affect energy levels and the quality of your training. Opt for a high-glycaemic snack such as a sports product or muesli bar so the fuel is readily available to your body. Personally I go for something like a 9Bar, which has both simple and complex carbohydrates so you get an instant and sustained release of energy to keep you going." Whyte is a 9Bar ambassador.

The Tempo or Race Pace Run

When you're running hard for up to an hour you're working above the anaerobic threshold, which means you're using a lot of glycogen so you'll want to top up with carbs.

"Fuelling for this type of run requires a very similar approach to a high-intensity interval run," says Whyte. "Eat a meal including complex carbs around two to three hours before. A high-carb snack like a cereal bar or sports product around 30 minutes before is also a good idea, particularly if you've been busy at work all day as your glycogen levels may have become quite depleted."

As with all of these runs though, if your goal is to burn fat rather than run stronger, you may want to train without eating too much. "The caveat for fasted runs, though," says Whyte, "is that running in a low-glycogen environment means the quality of your run will be reduced."

If you're training for a marathon or half marathon your weekly schedule will likely include a longer, slower run lasting over an hour where you're mainly working in the aerobic zone. These longer, slower efforts – sometimes known as recovery runs – burn both carbohydrates and fat.

"Your body isn't just using carbohydrates on these runs so aim for a much broader-based meal including fats, proteins and complex carbs for sustained energy," says Whyte. A balanced meal could include chicken, rice and veg and you may find your stomach can tolerate you eating a bit closer to your run than for a high-intensity session.

If you're going out first thing in the morning and can't stomach eating anything beforehand, don't worry – this needn't affect the quality of your session. Ensure you have a substantial, healthy meal the evening before and take on calories during your run. "For any runs over an hour you'll want to be fuelling as you run anyway," says Whyte. "Most people choose gels and sports drinks for convenience, although I prefer to take on real food. If you haven't eaten pre-run make sure you take on fuel during. Don't wait until you're fatigued and your energy levels are depleted. The key here is little, early and often."

This is the run where you really want to get it right. Those doing shorter runs need to prepare for all-out high-intensity efforts, whereas marathon runners will want to make sure they've fuelled for a longer stint.

"The thing with eating before an event is that you're often confined by the logistics of the race," says Whyte. "You may need to have your breakfast a lot further out from the run than you usually would because you need to get to the start and drop off your bag, so I'd suggest planning your food intake beforehand so you're not panicking.

"Your breakfast may be three hours or more before the run so aim for a meal that includes complex carbohydrates for a slower release of energy and to give your stomach plenty of time to settle, especially as any problems may be exacerbated by nerves. Something like porridge, toast and fruit juice would be a good choice. Take a high-carb snack with you to have around 30 minutes before the race as a security blanket – both physiologically and psychologically – to make sure your energy stores are topped up."

And you've probably heard it before but it bears repeating: race day isn't the time to experiment. Your friend may swear by caffeine for an extra kick but it could mean all kinds of Portaloo-based problems for you. Ensure everything you eat or drink before or during the race is something you've tried in training and your stomach is happy digesting it. After all, a gippy tum in training just means one bad run; a gippy tum on race day could negate months of hard work and mean saying sayonara to that PB.

Written by Charlotte Thomas for Coach and legally licensed through the Matcha publisher network. Please direct all licensing questions to legal@getmatcha.com.