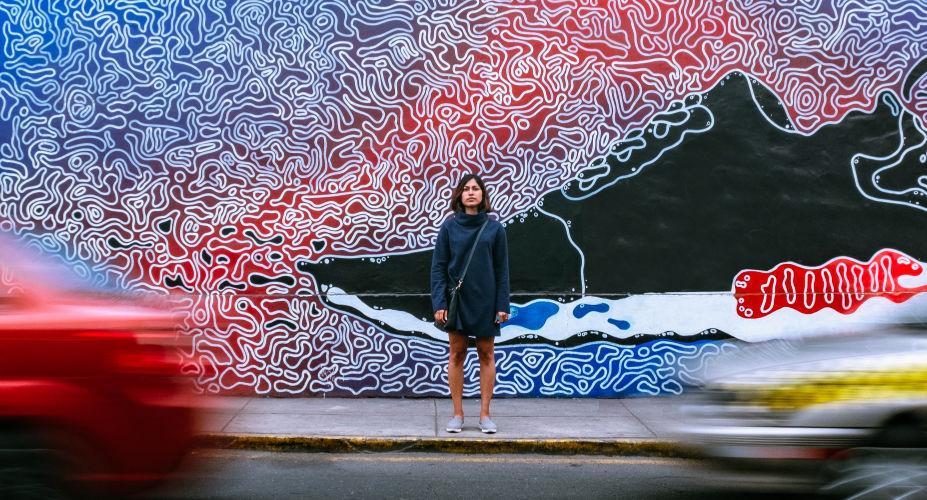 Choosing where to run your first half marathon can be daunting. Do you stay close to home? Use it as an excuse to go to that city you’ve always wanted to visit? And then you have to consider other factors such as terrain, altitude, and accessibility to hotels, restaurants, etc. To help you out, we tracked down 10 half marathons across the country that take place on reasonably flat, USATF-certified courses with plenty of nearby amenities to help you achieve an awesome time in a low-stress environment.

This USATF-certified course is the perfect road race for anyone looking to get their feet wet in the Pacific Northwest. The out-and-back route features a modest 799 feet of elevation gain, with plenty of views of the Puget Sound and nearby Mount Rainier. Electrolyte replacement drinks are available every two miles, so you’ll never have to worry about running out or going too far without hydration. The island is a 75-minute drive from downtown Seattle and an abundance of beaches and waterways mean you can squeeze in some post-race boating and whale watching.

Ogden Half Marathon — May

The historic town of Ogden, Utah, hosts this picturesque half marathon that starts nearly one mile above sea level. The downhill course will help you forget about the altitude as you shed 700 feet of elevation along the way. The course traces the Ogden River before finishing in the heart of the city. A 45-minute drive from Salt Lake International Airport and near endless hiking and biking trails, the Ogden Half Marathon is an ideal weekend getaway. Dress warmly: The start is typically between 35 and 45 degrees, perfect weather for a brisk PR.

Colfax Half Marathon — May

This pancake-flat course follows Denver’s Colfax Avenue, an east-west thoroughfare that Playboy magazine once called "the longest, wickedest street in America." Runners spend a mile with the animals of the Denver Zoo and pass the live Colorado Firefighter Calendar at mile 11; the city’s brunch goers cheer on racers along the route. Another perk? Choose the beneficiary of your sweat-soaked effort upon registration. The Colfax Marathon organization partners with 210 charities around the country. (The course may be flat, but Denver sits at 5,280 feet in elevation, which adds a different kind of challenge if you’re coming from sea level.)

If you’re in the mood for a trot through the Windy City, it’s hard to go wrong with Chicago’s signature half marathon. Follow Lake Shore Drive from Jackson Park, site of the 1893 World Columbian Exposition, through the Hyde Park neighborhood and the scenic University of Chicago campus. From there, you’ll get views of the massive Lake Michigan on your way to the finish line at the golden Statue of the Republic. When you’ve finished, head north to snap a photo at the Cloud Gate (aka the Bean) and refuel with a big ol’ slice of deep dish pizza.

Savor the sights and tastes of Hershey, Pennsylvania—home to attractions such as Hersheypark and the M.S. Hershey Mansion—while you blitz the modest hills of this southeast Pennsylvania race. Fuel up at the chocolate aid station on Chocolate Avenue and score two complimentary tickets to Hersheypark in the Dark, a Halloween-themed event held on weekends in October. Proceeds benefit the Penn State Hershey Children’s Hospital.

Named for 1972 U.S. Olympian and Atlanta-based running coach Jeff Galloway, this wintertime half is the perfect occasion for a race in Hotlanta. Start in bustling Midtown and run through the historic Old Fourth Ward and along the Freedom Parkway Trail in projected temperatures between 36 and 55 degrees. Keep pushing to the tunes of on-course movement, and meet Galloway himself after the race.

The pristine wilderness of North Carolina’s Outer Banks hosts this coastal half marathon. Lay down a fast pace over the flat roads along the Atlantic Ocean and test your stamina on the uphill across the Washington-Baum Bridge to the mainland. Score complimentary Southern food and beer at the finish line in Manteo, and plan for a quick USATF-certified time: The November average temperature is between 49 and 64 degrees.

Not many people need a reason to visit an iconic city like San Francisco, but the half marathon held here every summer is a great one. It’s less hilly than you would expect, and you can choose to either run the first halfof the marathon course and finish at Golden Gate Park or the second half, which is more popular for beginners and/or those going for a personal best. The second half of the race has a low elevation profile and runners cruise to a downhill finish towards the Embarcadero. Expect a finish line festival complete with a beer garden, and make a weekend out of your trip to leave time to see the San Francisco Bridge, the eclectic Haight-Ashbury district, and maybe catch a baseball game at AT&T Park.

It may not qualify as a "city" per say, but this race on the southern tip of Delaware Bay is a gem within the Northeast Corridor. Runners see the downtown Rehoboth Beach and the Gordon Pond Wildlife Area along the ultra-flat route, and average temperatures in the low 40s make the Rehoboth Beach Half Marathon an ideal spot for a time attack. Walk along the boardwalk as a cooldown and satisfy your sweet tooth at the Candy Kitchen (it’s open all winter!). Delaware is also one of a handful of states with no sales tax, so stock up on gear for your next race at the Tanger Outlets.

Hate getting up early to run? Check off your first half marathon Las Vegas-style by signing up for this evening race. With a start time of 4:30 p.m., this is the only event that shuts down the famous Strip to allow you to run under the lights in Sin City. Like all Rock ‘n’ Roll events, there is plenty of music along this fast course to keep you going, and the temperature is usually in the 40s-60s, which is pretty much perfect for your first race. Obviously, there is plenty to do when you aren’t racing, and Red Rock Canyon is just a short drive away if you want to spend some time in nature.