Runners! Look After Your Legs With These Achilles Tendon Exercises 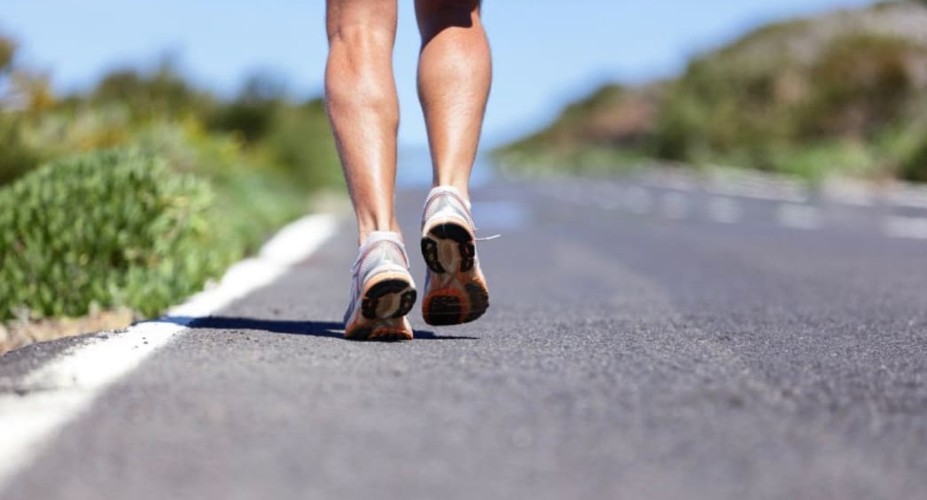 Work your way back from achilles tendon issues with these calf exercises.

If runners fear one thing above all others, it’s picking up an injury that puts them out of action for many months. That or hill training.

The achilles tendon is one area that can be especially prone to problems for runners, so we spoke to Rebecca Christenson, specialist musculoskeletal physiotherapist at Pure Sports Medicine for advice on how to address an achilles tendon issue.

The first thing is to do away with the common misconception that achilles tendon troubles are always tendonitis. This term describes an inflammation of the area which can be treated by rest and ice, whereas the achilles tendon issues runners actually tend to suffer from often require active rehabilitation – rest will only weaken the area further. Instead of saying “tendonitis”, it’s best to refer to the problem as achilles tendinopathy, which is simply an umbrella term for achilles tendon issues.

Now that’s all cleared up, let’s look into how you go about fixing a tendon problem – because whatever you choose to call it, it’s an absolute nightmare for a runner. Here are some exercises Christenson recommends to help rehab an achilles tendon issue.

Before we you go any further, it’s important to recognise that not all tendon issues are the same, so they can’t all be solved in the same way. It’s always essential to get any persistent injuries checked out by a physio.

These exercise can help with pain in the mid-portion of the achilles tendon, but if doing the exercises causes pain for extended periods of time, then stop.

“If the exercises flare the symptoms up for longer than it took to do them, then discontinue and seek advice,” says Christenson.

The exercises will strengthen your calf muscles, which can be key to rehabbing achilles issues.

“One risk factor in the development of pain in the achilles tendon may be weakness in the calf and more specifically the soleus,” says Christenson. “There are two muscles that make up the calf – the soleus and gastrocnemius.”

When exercising your calf muscles you can target the two different muscles by keeping your knee straight or bending it.

Below you’ll find both a straight-knee and a bent-knee calf exercise, with progressions, from Christenson – plus other exercises that can help rehab a sore tendon.

Stand with your feet hip-width apart. Raise your heels as far as possible, then lower back down to the ground.

“It’s important to keep your shoulders above your hips and feet and not lean forwards,” says Christenson. “You want to rise evenly through the balls of your feet and try to avoid tilting your foot in or out.”

Progression 1: Perform the same exercise but stand on the edge of a step so your heel drops below the step when you lower.

Progression 2: Raise yourself with both legs but lower on one leg, alternating the leg you lower on.

Progression 3: Weighted calf raises (pictured above). You can do the classic raise with extra weight or raise on both legs and lower on one as with progression 2.

“You can add weight via a Smith machine at the gym or by putting bags of sand or dumbbells into a rucksack,” says Christenson.

“Ensure your form does not suffer and you are still maintaining the same height when you rise. It is important to hold on with two hands during the exercise.”

Sit on the edge of a bench. Hold a small weight on your knees or push on them with your hands as you raise your heel off the ground.

Progression 1: If you have access to a seated calf raise machine, then slowly build up the weight to increase the difficulty of the exercises.

Progression 2: “If you don’t have access to a gym then you will need to do a similar exercise to the straight-knee position above but with bent knees, which is much harder to control than the seated position,” says Christenson.

“The key is to set your body position with slightly bent knees and then only raise the heels without altering the knee position.”

Start by doing this exercise with both legs, then progress to raising on both legs and lowering on one. You can make the exercise harder by adding weight.

“Generally it is important to also build lower limb strength if your achilles tendon is painful, but it does depend upon your presentation,” says Christenson. “Other exercises to consider are those that target the quads, hamstrings and glutes.”

From a standing position lift one leg off the ground in front of you and squat down on the other leg as if sitting back into a chair. Then push up to the starting position.

“These test balance and form more than the standard squat and create a more similar challenge to running,” says Christenson.

Lie down with your knees bent at 90° and your feet on the ground. Raise your hips until you form a straight line from your knees to your shoulders. Hold the bridge for a second, then lower. Keep your glutes and core engaged during the movement. Once you master the standard glute bridge, make it tougher by doing it on one leg, with the other stretched straight out in the air.