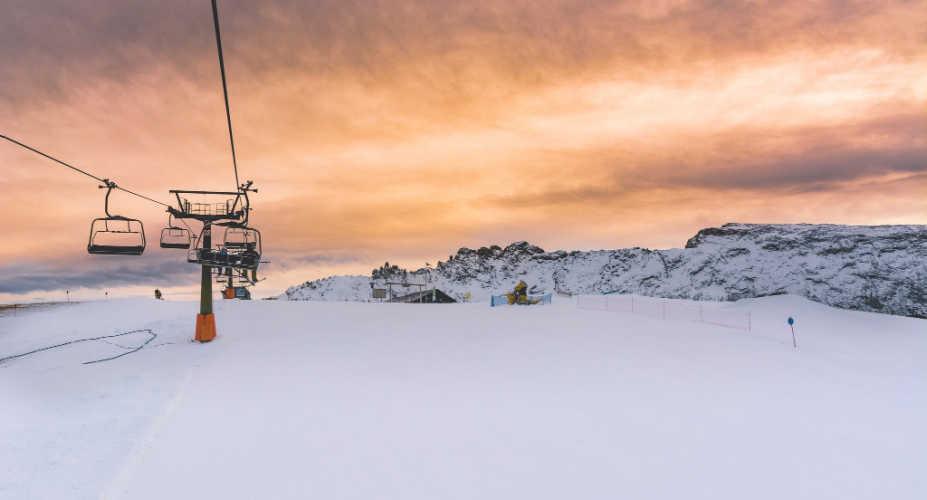 When it comes to skiing advice, listen to the experts. They've made all the mistakes and learned the hard way, so you don't have to.

Never ask your dog for advice, and that wisdom goes double when it comes to skiing tips. To secure sound counsel, we hounded some of the world's best skiers—racers, big mountain skiers, freestylers, and telemarkers—for their insights on how to turn, jump, spin, and fly with your skis on.

Jeremy's Tip: See it to be it

Whatever success I've had in my skiing career is due to the skill of visualization that I developed when I was young. I still practice it all the time. This technique allows me to carry a lot of speed down big mountains on lines I've never skied, because I've already skied it in my head and felt my body doing it dozens of times before.

To practice visualization, carefully inspect the run (from the helicopter or the lift—wherever you can get a good look at it). Plan the line you want to ski in your head, then stand in a quiet place on top of the run and go over it again and again. Don't just see it, feel it in your body. Feel yourself making every turn, every jump. Don't push off until you've seen and felt the whole run at least a dozen times. It's like doing mental laps. You're always going to be better the tenth time you ski it.

My dad can ski everything until he gets to crud. Then he gets all stiff-legged, clenches his fists, and puffs out his cheeks. He fights it. But it doesn't help to fight crud; the mountain always wins that war.

It's typical for guys to get hunkered down and think they have to muscle crud, but it's better to lighten up and float over the nasty stuff. The first thing I do is change my mental outlook; I just concentrate on getting lighter on my feet. Next, I hold my hands a little higher to get myself up on the balls of my feet. If you have your hands by your butt, your weight will be on your heels and you'll get bucked all over the place.

I also shift my weight so I have equal pressure on both skis. If you're pressuring one ski, you'll get thrown into the back seat.

Even solid skiers freak out when they add speed to the equation. They feel out of control-like everything's coming at them too fast-and they either pull up or make mistakes. But it doesn't have to be that way.

Assuming you've got the foundation—a good stance, solid weight distribution, and confidence in your turning skills—the adjustment to skiing faster may be as simple as looking farther down the hill. As basic as that sounds, it's a hard thing to do consistently. It's natural to focus on obstacles that are closer to you, but your body can handle what's right under your feet; staring at them isn't going to help.

To practice throwing your eyes down the hill, go out on the groomers and focus on skiers who are way down the hill. I'm not saying, "Do the human slalom"—just choose your line around slower skiers before you get to them. Then constantly adjust your field of focus as you look farther and farther down the hill. This one simple change will make you a lot more comfortable at higher speeds.

I see skiers who force their skis into the top of the turn and then they wonder why the ski skids out. Rolling your ankles at the beginning of the turn will get your skis up on edge and engage them into an arc, giving you power and speed.

One way to get used to this technique is to go to a mellow groomed run, undo your boot buckles, and practice rolling your ankles into the turns. This will exaggerate the feeling of pressuring the sides of your ankles against your boots. Once you get it, your skis will bend through the turn, build up energy, and finish the turn by themselves.

You see people dissipating the force of their skis hitting the bumps by letting their legs blow apart or cracking at the waist, but it really shouldn't be that way.

The key is to match the angle of the base of your skis with the angle of the side of the bump. This will not only lessen the force, but it will create a way for you to absorb the bump. Approach the mogul in the 'stacked position'—shoulders over hips over feet-with about 60 percent of your weight on the downhill ski and 40 percent on the uphill ski.

As your tips contact the mogul, the angle of the base of your skis should be about the same as the angle of the side of the mogul. Be careful not to hinge at the waist. Relax your legs and let the contact force push your knees up diagonally. This technique will help you ski fast and smooth while experiencing a more relaxed, comfortable ride.

Shannon's Tip: Jump on the table for big air

A lot of skiers think that a jump is just going to lift them up in the air and they don't have to do anything, but that's how they end up landing on their heads.

What you need to do when you hit a jump is spring straight up like you're trying to leap on top of your kitchen table. As you come into the jump, picture the table floating out in midair. The table could be just a few inches above the lip of the jump or it could be three feet above. The higher you picture it, the more air you're going to catch.

As you hit the lip of the jump, use your legs to explode straight up. Keep your hands and arms out in front for balance. As you hit the apex of your jump (or when you'd be landing on the table), perform whatever trick you had in mind. Glance at your landing and then focus past it. Land with your hands in front, as if you were hopping down from the table.

Telemarkers typically follow the tips of their skis and face whatever direction their skis are pointed. But this takes the power out of the turn and causes edges to wash out.

What you want to do is not only keep your shoulders square down the fall line but actually counter with your upper body. If you're making a right hand turn, your right shoulder comes over your left knee. To do this you need to twist your torso so that you're kinked just over your pelvis. You push your right hip out toward the snow (uphill) while your torso counters and faces down the fall line. When you're really twisting you can feel your rib cage and your pelvis pinch together.

Ever notice how telemarkers start reaching behind them for the hill when they get into a steep section? Then their skis skip out and they go down.

Well, after you get the basics, there's only one key to telemark skiing: keeping your hands up. You go where your hands go, so keep them up in front of you, always in your field of vision. Also try to minimize waving your hands around. The less movement the better.

I have an exercise that I do to stay honest about my hand position. I take both my poles, balance them across the backs of my gloves, and ski the whole run like that. This makes me get my hands up and keeps me forward. If I screw up and drop a pole, I have to hike back up to get it. It's kind of an old-school exercise, and it looks dorky, but I still do it because it puts me right where I need to be.

Written by SkiMag.com Editors for Ski Magazine and legally licensed through the Matcha publisher network. Please direct all licensing questions to legal@getmatcha.com.