Meet The Man Who Runs Marathons In The Snow 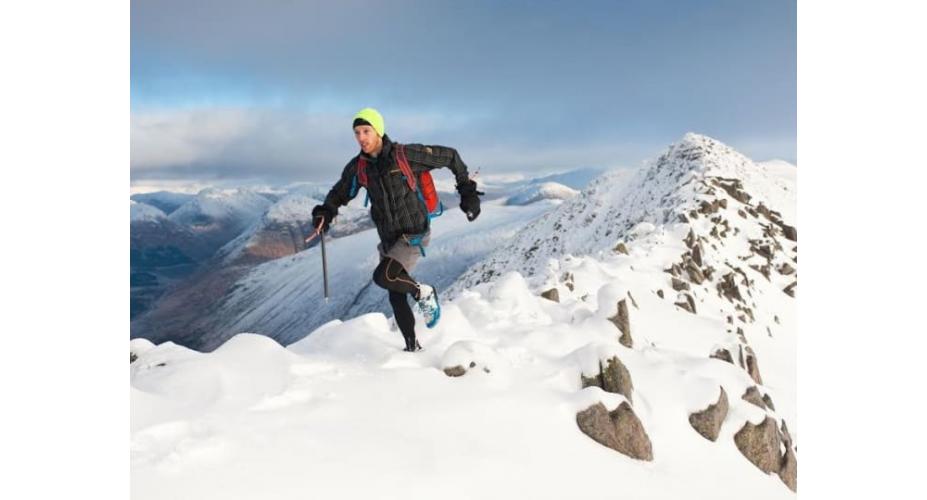 Meet The Man Who Runs Marathons In The Snow

When snow strikes, most of us are happy to abandon our plans to run, or at least retreat to the treadmill until warmer weather returns. And there's nothing wrong with that – snow runs can be magical affairs with epic views, but they can also be slippery, freezing nightmares.

However, one man who never says no to a bit of snow is Dr Andrew Murray, an ultramarathon runner and Merrell ambassador. Murray is a two-time Genghis Khan Ice Marathon champion and even temperatures below -40°F don't stop him from lacing up.

Murray was asked about his experiences running in the extreme cold and, more importantly, why on earth he chooses to do so.

How and why did you start running ice marathons?

Running is my way of seeing the world. I've enjoyed running in all conditions, from the jungles of Indonesia, to the mighty Namib, Gobi and Sahara deserts, as well as all sorts of cold places. I actually like the cold the most. The sun and I don't mix that well – perhaps because I'm Scottish and have ginger hair! Places like far north Canada in winter are epic because of the Northern Lights, and Outer Mongolia in winter is an experience I'll never forget, with more huskies than vehicles.

I've run 3hr 7min on ice. The conditions were actually pretty decent, with mostly ankle-deep snow and it being relatively warm at -25°F that day. Ankle-deep snow is way easier than either deep snow or sheet ice – deep snow just saps your energy and on sheet ice it's difficult to get much purchase.

Do you do any specific training to prepare for running in those conditions?

During the winter in Scotland you can get cracking cold conditions in the hills. It's all pretty accessible – within an hour of Glasgow or two from Edinburgh – and it's pretty cool to get out there and see familiar hills in the snow, then grab a hot chocolate or tomato soup at the bottom to defrost.

How do you stay warm?

It depends how cold it is, but once you are beyond -40°F it's definitely hard work. The general principles are to wrap up in lots of thin layers so they can be added or removed, rather than wearing one big layer. Ensure you have hat, balaclava, gloves and spare gloves. You can always buy commercial hand and foot warmers too. I tend to run in the Merrell Gore-Tex range with Sealskinz socks, both of which keep the heat in.

What extra equipment do you use?

Essentially I'll have leggings and a long-sleeved top – one or two of each – a midlayer top, a balaclava, a buff, warm gloves, a compass, a map, a fully charged phone, some money and often some ski goggles. I also carry some food and something to drink – in something designed to keep it from freezing – plus emergency clothing in case I fall and break an ankle or something.

Do you slip over a lot?

It depends how the conditions are in terms of the ice and what I'm wearing on my feet. Having raced a few times on ice I've worked out what to wear on my feet, so probably less than most!