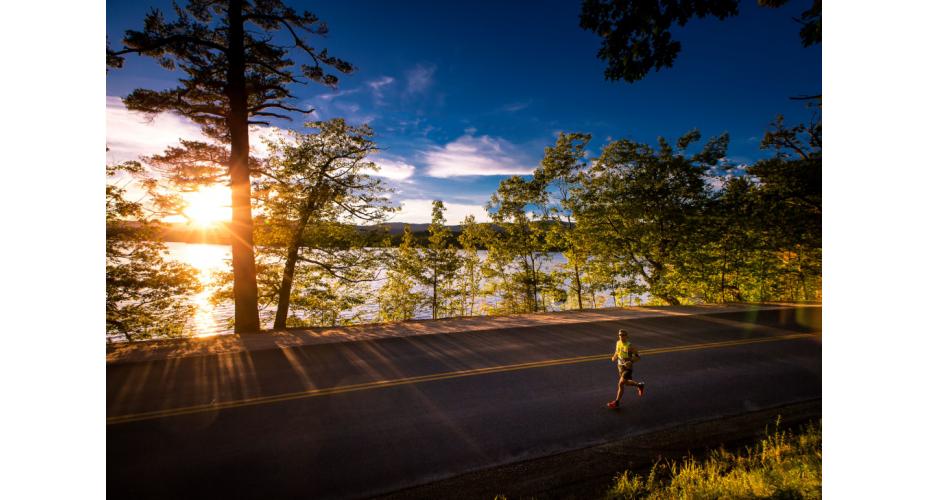 Not everyone sees the beauty in a 3 a.m. wake-up call to run a leg of a 200-mile race. It takes a special kind of runner to push themselves beyond neighborhood 5Ks and opt for boundary-pushing relay races. For those who do, however, the rewards are far greater than a medal or participant t-shirt (even the nice technical ones!). The true prizes are exchanging those lonely training days for group runs as you buoy each other to race day, seeing the looks on your teammates’ exhausted-but-jubilant faces as you speed toward camp, and sweaty hugs as you cross the finish line together. The prizes are singing songs in the vans, tossing each other nutrition gels around camp and trading war stories and PRs over beers later. Most relays are 200-ish miles and call for teams of 12, with each runner taking on three legs each. If you can run a 10K, a relay is within your sights. And if you can appreciate the camaraderie-fueled bragging rights of a relay run, start brainstorming a punny team name and check out this list of 10 of the best races.

Race founder Bob Foote combined two iconic Oregon locales when the ultra-marathoner designed this race in 1982: Mount Hood and the beach. This scenic 199-miler kicks off at the Timberline Day Lodge (elevation 6,000 feet) on the south side of Mount Hood, heads toward the City of Roses, then stumbles onto the coast at Seaside. Festive runners start the party vibe before they reach the beach with superhero costumes, tutus and wigs. The "Mother of All Relays" started with just eight teams, but is now the largest with 1,050 teams. The race has sold out for 26 years straight, making it so popular that team slots are now filled by a lottery system.

The Ragnar Relay through Southern California runs from Huntington Beach all the way down to San Diego. Photo courtesy of Ragnar

It’s easy to see why this Ragnar is one of the most popular of the race series: The 200-mile-ish race starts in Huntington Beach following a patchwork of bike paths, coastal trails and boardwalks along the Pacific Coast to Silver Strand State Beach in San Diego. Beach views in daydream-worthy places like Cardiff-by-the-Sea and Mission Beach are constant companions, though nocturnal runners have to imagine them during this overnight race. A troupe of decorated support vans—a race tradition—caravans along the coast to drop off runners at exchange points.

This Mid-Atlantic race prides itself on being a race by and for runners. Organizers took 18 months to develop the course, which is as scenic as it is historically significant. It starts in Gettysburg, Pennsylvania, within spitting distance of Civil War battlefields, before rolling through 200 miles and four states (including Washington DC). Much of the route follows a clover-leaf pattern, each time bringing runners back to a central camp before guiding them past other Civil War landmarks like Harpers Ferry and down bucolic farm roads before ending at the SW Waterfront in Washington, DC.

This race isn’t for the faint of heart—since it often leads to a faintness of breath. Teams ascend and descend more than 14,000 feet in elevation through rugged and awe-inspiring landscapes in one of the most challenging relays around. The 195-mile road race starts at Capitol Reef National Park, following along Utah’s All-American Road (aka Highway 12) past Dixie National Forest, Grand Staircase-Escalante National Monument and Bryce Canyon National Park, ending at a Zion National Park overlook.

This race is the booziest of relays. The 200-mile route follows the Kentucky Bourbon Trail past six historic distilleries, from Jim Beam to Maker’s Mark. Of course, runners may not be doing much drinking during the race, but the course passes the Bluegrass State’s best—miles of verdant horse pastures and pastoral small towns. And if you do want a drink, you’ll find Wild Turkey waiting at the finish.

Where: New Hampshire When: September 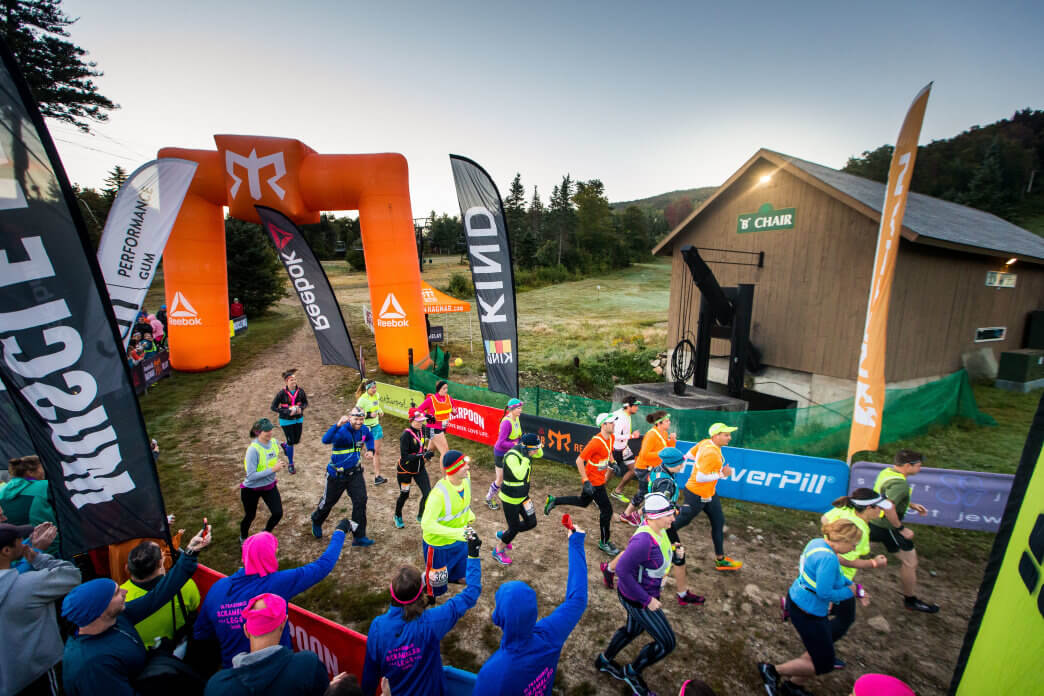 The Ragnar Relay in New Hampshire is one of the oldest in the country. Photo courtesy of Ragnar

This race has longevity in its favor—it’s one of the oldest and longest-running relays in the U.S. And it’s easy to see why: The race coincides with New England’s leaf peeping season, so the 200-mile route from Bretton Woods Ski area to Hampton Beach State Park is lined with colorful foliage. The moderate road route has awe-inspiring views of lakes, scenic covered bridges and mountain views that help the miles slip away.

Appalachia is a mecca for outdoor sports, and this race calls those who seek mountain running. Teams don reflective vests and gear for this 206-mile overnight race that travels from just outside Brevard to the Nantahala Outdoor Center in Bryson City. The route has a mix of surfaces with sections of asphalt, gravel and dirt trail. The latter features sections of the forested Mountains to Sea trail with several creek crossings.

With this course debuting in 2017, Ragnar South Beach will draw those who love a beach view, but also love running. The gun goes off in Melbourne Beach, Florida, then follows the sparkling Atlantic 200 miles through towns like West Palm Beach via several sandy, beach exchange points. The finish line is on Miami’s glitzy Ocean Drive, where bars await for after-parties. Teams can also pair this race with another of Ragnar’s southeastern U.S. races to earn the Southern Discomfort Double Medal with a road-and-trail combo. 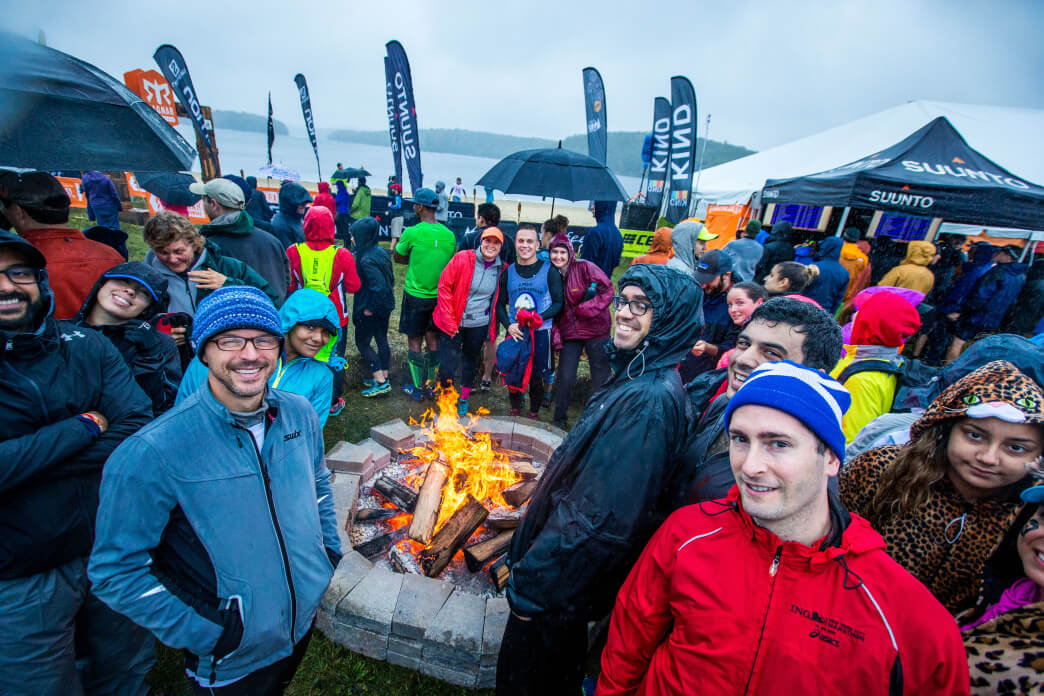 The Ragnar Trail Wawayanda Lake is like a running camp for adults. Photo courtesy of Ragnar.

The newest East Coast race in the Ragnar series, this relay is also the closest to New York City. New York Road Runners, organizers of the New York City Marathon, co-sponsor this race 50 miles outside the Big Apple. Runners will set up camp on the shores of northern New Jersey’s Wawayanda Lake, where beers and bonfires await when competitors return from running sections of the Appalachian Trail.

Consider this marathon a warm up for full-scale relays. A marathon relay means shorter stints: At this race, competitors run one 10K, instead of a few, as they would over the course of a full-length relay. It’s also a bit less tiring since it doesn’t stretch into the night. Yet, the scenery is just as stunning and the team solidarity as fulfilling. The course traces the rim of Lake Tahoe—offering 26.2 miles of stunning Lake Tahoe views, including a stop at Inspiration Point above Emerald Bay.