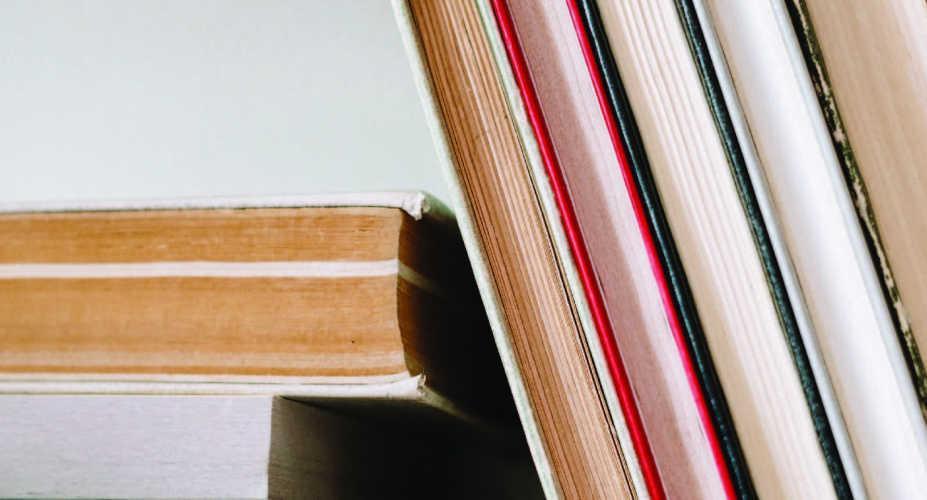 It's that time of year when living out adventures via the pages of a book sometimes trumps braving the elements.

Our recommendation: put the tea kettle on, grab your favorite blanket and curl up on the sofa to adventure vicariously with one of these favorite reads from Superfeet employee-owners.

The River Why by David James Duncan

“The River Why is an outdoor introvert's dream. A fictional depiction of a life spent obsessively fly fishing in the rivers of Oregon, and the realization that no one can be completely alone without becoming a little crazy. It makes you want to go spend time in the mountains but have a cozy home and a family to return to.”  — Eric, Superfeet Project Coordinator

My Life with the Eskimo by Vilhjalumur Stefansson

“This book has a great balance of adventure and research as the arctic explorer Vilhjalmur Stefansson spends multiple years in the coldest locales learning about the native people and putting his own survival skills to use. Nearing starvation, they eat part of washed-up whale on the beach only to find out later from a nearby tribe that it had been there for four years — that puts into perspective how cold it is in that region.”— Evan, Superfeet Graphic Designer

Into the Wild by Jon Krakauer

“Because don't we all dream of leaving it all behind sometimes?! I really enjoy Krakauer's writing — he weaves so many details together to create a fascinating, relatable hero's journey. When a good book is adapted into great movie, that's icing on the cake. Double bonus: it's been more than a decade since the movie was released, and I still listen to the soundtrack often. It's so good." — Jess, Superfeet Email & Content Marketing Manager

Fatu-Hiva Back to Nature by Thor Heyerdahl

"Written in the 1930's it follows TH's escape from the modern world to the remotest tropical island he could find at that time. This part of the world was not frequented by modern man and known as the final place on Earth where cannibalism was practiced, with no maps or information in existence. During he and his wife’s year-long stay in a hut of their own construction, he explored and discovered the unique culture of the Marquesas, unearths previously unknown stone artifacts which lead him to build his lifelong theory that the South Pacific was populated by a long-forgotten culture of South American people who were of mixed unknown lineage and disappeared from history, only leaving a curious trail of unique stone effigies whose purpose was unknown. It's rad because it combines elements of forgotten cultures, early environmentalism principals and adventure travel at a time when the world seemed a lot bigger and harder to reach. Even now the island of Fatu Hiva is only accessible by infrequent boats, with much of the lore still buried underground. TH is the real life, OG Indiana Jones, a scholar who wasn’t afraid to get his hands dirty and put his life at risk to prove his point. This amazing journey is the predecessor to TH’s construction of a bamboo and reed raft in which he sailed from Quito in Ecuador to Tahiti, which is the more well-known book Kon-Tiki." — Chuck, Superfeet Director of Business Development

The Lost City of the Monkey God by Douglas Preston

“This book is part history and part adventure story. Legend has it that there is a lost city somewhere near the Honduran interior. The rumor is that anyone who enters this city will fall ill and die. In 2012 with new mapping technology scientists are able to map the jungle floor from plane and they discover the lost city. This book is the story of finding the lost city, uncovering antient artifacts and learning about a lost civilization. I haven't read many adventure books but I found this to be a fascinating, educational quick read. Fun fact: I just learned the book was made into a movie so I will have to check it out!”  — Amy, Superfeet Brand Marketing Manager.

Whether shopping for books in-person or online, we encourage you to support your locally-owned, independent bookstore.  Find a bookstore near you and direct proceeds from your online purchase to that store at Bookshop.org.