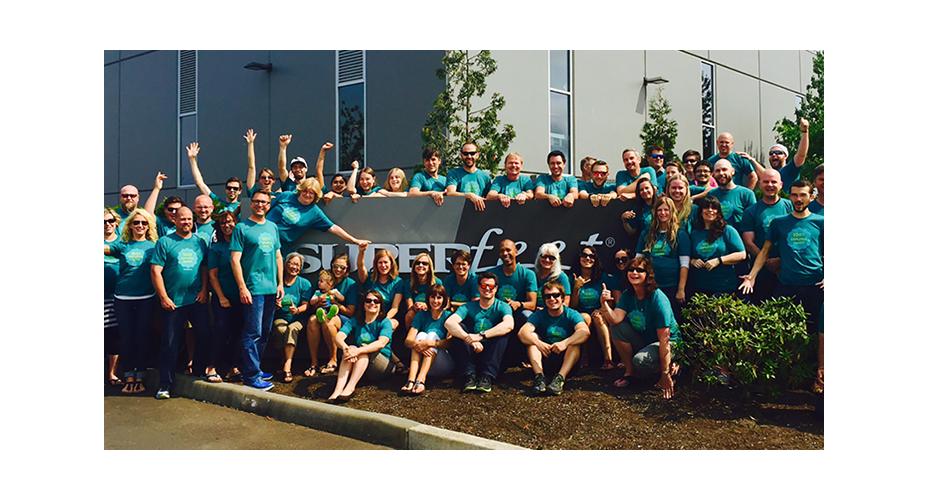 It’s true, we bought it – the whole enchilada.

Up until this point the employees of Superfeet owned 50.2% of the total company. As of July 9, 2015, Superfeet is proud to announce we are officially 100% ESOP (Employee Stock Ownership Plan).

Check out the press release below for more information:

July 14, 2015 (Ferndale, WA) - Superfeet is proud to announce that the company’s ESOP (Employee Stock Ownership Program) has purchased the balance of the company shares, making it 100% employee owned. Superfeet, the leader in innovative over-the-counter insoles for the active lifestyle and outdoor industries, has been a partial ESOP since 2006, with employees owning 50.2% of the company’s overall shares. As of July 9, 2015, Superfeet is celebrating becoming 100% employee-owned.

“Becoming 100% employee-owned is a huge milestone for Superfeet,” explains John Ravoula, the company’s president. “It reinforces our long-term commitment to preserving our culture and values as we continue to grow as an organization.”

Superfeet, started in 1977 in Ferndale, Washington, initially became an ESOP company in 2006 with hopes of eventually becoming wholly owned by its employees. Becoming a 100% ESOP Company aligns perfectly with the brand’s mission to make a positive difference in the lives of everyone they come in contact with—whether by providing their consumers with better comfort, pain-relief or performance in their shoes or offering employees more ownership over their careers.

“I can’t think of a more exciting time for our team,” says Scott Dohner, Superfeet’s Chairman of the Board of Directors. “Ownership empowers and deeply connects the employees to the success of this organization. It’s just one more way to show that we are all in this together.”

Superfeet joins other notable 100% ESOP companies like New Belgium Brewing, Dansko and more. The company believes becoming 100% ESOP is a key factor in Superfeet’s continued success. This business model allows employees to perform at their highest levels, empowers individuals to create change within the organization and holds employees accountable for making the right decisions.

An Employee Stock Ownership Plan (ESOP) is an employee-owned program that provides a company’s workforce with an ownership interest in the company. In an ESOP, companies provide their employees with stock ownership, often at no up-front cost to the employees.