AN OFF-THE-COUCH GUIDE: HOW TO RUN 32-MILES WITHOUT TRAINING 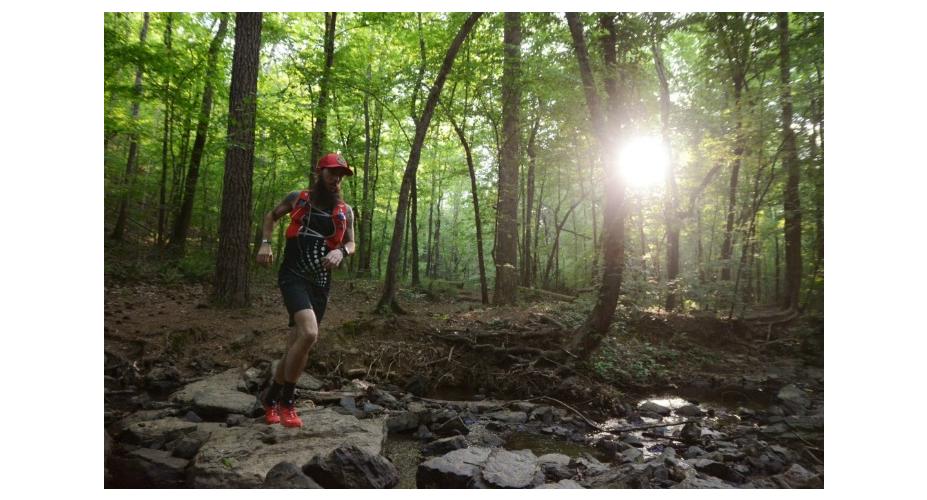 AN OFF-THE-COUCH GUIDE: HOW TO RUN 32-MILES WITHOUT TRAINING

Let's say you're sitting in the office on a Friday afternoon, having just eaten a giant burrito for lunch, and you're thoroughly looking forward to the prospect of getting off work, meeting up with a few friends for drinks, and then enjoying a relaxing weekend. Then, you're brother/boss hangs up the phone and declares to you and two of your fellow colleagues that he's just registered all of you for a 50K trail race in the morning, even though none of you have ever run this far in your lives.

Well, that's exactly what happened to me in 2014 (the first time I ran an off-the-couch 50K). That experience, as you might expect, was pretty brutal—featuring plenty of blisters, bruised toes, unimaginably aching muscles, and a nice flare up of the left IT band. The next year, in 2015, I ran the same 50K trail race at the same spur-of-the-moment request from my lunatic brother/boss. Again, I did so without properly training. And again, it was pretty brutal.... but slightly less so. There were things I'd learned from the first off-the-couch ultra that made the second off-the-couch ultra a little more bearable.

So, if you have an ultra-race on the horizon and you've skipped too many training runs, or if you're just feeling frisky and foolish, here are a few tips to surviving a 32-mile trail race without proper training, according to someone who could be considered either an expert (or a fool depending on who you ask) on the matter.

This is easily one of the biggest things to consider when running an ultra. You simply can’t skimp out on proper nutrition. If you eat and drink the wrong things, or if you eat and drink at the wrong times, it could make all the difference between reaching the finish line or receiving a DNF.

To start, oatmeal is a great pre-race breakfast option, but not just any old Quaker-brand oatmeal. Try to make it with organic rolled oats that you can pick up in bulk at most grocery stores (for cheap, too), and then load it up with butter, maple syrup, banana, and chia seeds. The fat from the butter will burn more slowly, providing sustained energy throughout most of the morning. The maple syrup will be a natural, somewhat healthy sugar to burn quickly. The banana will offer some much-needed potassium (read: cramp-preventer), and the chia seeds, well… even if they don’t have the superfood powers alluded to in Born to Run, if nothing else you might get a little placebo effect from them.

During the race, try to eat something once every hour. It can sometimes be a bit difficult to eat nothing but GU Energy Gels for 6-8 hours straight, and there may even be times when your body literally can’t stomach them any longer and you might feel nauseous. To get past this, bring a variety of foods, so that you’re prepared to meet whatever food needs your body may be calling out for. Carry GU packets, Stinger Waffles, and Clif Shot Bloks. And if there are aid stations sprinkled throughout the course, be sure to use them. Peanut butter filled pretzels, while sometimes difficult to chew and swallow without the help of water, are life-savers!

Also, make sure you’re constantly staying hydrated, but be sure to add some form of electrolyte to your water. (nuun tablets are a great option, as are Skratch Labs hydration mixes.) You’ll be sweating a lot, which means you’ll be losing a lot of salts. If you fail to replace these salts in the form of electrolytes, you’ll probably wind of getting sick and you might end up failing to finish the race.

While an ultra-run doesn’t require a ton of gear, there are a few must-have pieces that can make or break the experience. First, your clothing: Be sure to wear clothing that can wick moisture well. Merino wool is probably your best bet, as it regulates body temperatures better than most synthetic fabrics, whether it’s hot or cold outside. A merino wool shirt and shorts are great. And if it’s colder, a lightweight to mid-weight merino wool pull-over is a good idea as well.

As far as footwear is concerned, technical trail running shoes are must. They provide much more rigid support than regular road running shoes, and some of the shoes on the market these days, like Hoka One One's, are specifically designed to provide maximum cushion for long days on your feet. Compression socks, like Sockwell, are also a good idea, as they promote blood flow in your calves and feet and keep your legs feeling fresh. Finally, on the footwear front, Superfeet really are a must. The first off-the-couch 50K I ran, I did so without these insole supports, and my feet paid the price. Not only was it extremely painful on the race day itself, being able to feel each and every rock jab through the bottom of my shoe, but for the six weeks following the race, I was out of commission due to a collapsed arch. Off-the-couch ultra number two was a totally different story. I wore insoles, and less than a week later I was back to my normal fitness routine, playing soccer and going on 4-mile road runs through the city.

As for a last bit of gear advice, a small trail running pack is a must. (Osprey hydration packs are some of the best on the market.) You'll need it to store all your snacks, a couple of water bottles, and maybe even an extra pair of socks. You never know when you might need an extra pair of socks!

This is where things get a little different for someone who's run an ultra—or at least trained for one—versus someone who hasn't. For my two office mates and I—again, none of us had ever run this sort of distance before and we certainly weren't putting in high mileage days leading up the event—it was a matter of putting things in perspective. We weren't going out with the intention of finishing with a good time. We were merely going out with the intention of surviving, grinding it out, and getting it done. It was going to be a long day in the woods. Sure, it would be painful at times, but in the end, we'd be running in a really beautiful location, and it would last less than a normal day's work. In the end, this kind of mentality allowed all of us to finish with times that ranged from 6 hours to 7 hours 15 minutes.

It helps to have someone there to suffer with, simple as that. You may go for an hour or two without speaking, but knowing that you’re both enduring the same kind of torture provides some solace. And when certain things happen, it’s fun to laugh things off. In my first off-the-couch ultra, for instance, I tripped over a root at mile 25 or so and when I landed and tried to get up, I immediately started writhing with cramp throughout my entire body. Sure, it was nice to have my brother there to help me up, but it was also good for our spirits when we both started erupting with laughter at the sheer pathetic-ness of it all.

When it's all over, relief and euphoria immediately set in. Crossing the finish line after running 32 miles—especially if you've done so without training—really is a wonderful and somewhat indescribable feeling. The endorphins are pumping. You feel accomplished. And you know you've just created a life-long memory, which is always a nice feeling. The high will last for about a week after the race...about as long as your muscles will take to recover. In that time, take it easy. Don't rush back into an active lifestyle. Ice your legs a couple of times a day. Maybe get a massage. Eat burgers and burritos, and bask in your success a bit. You've earned it!