Ten Exercises To Make You A Faster Runner 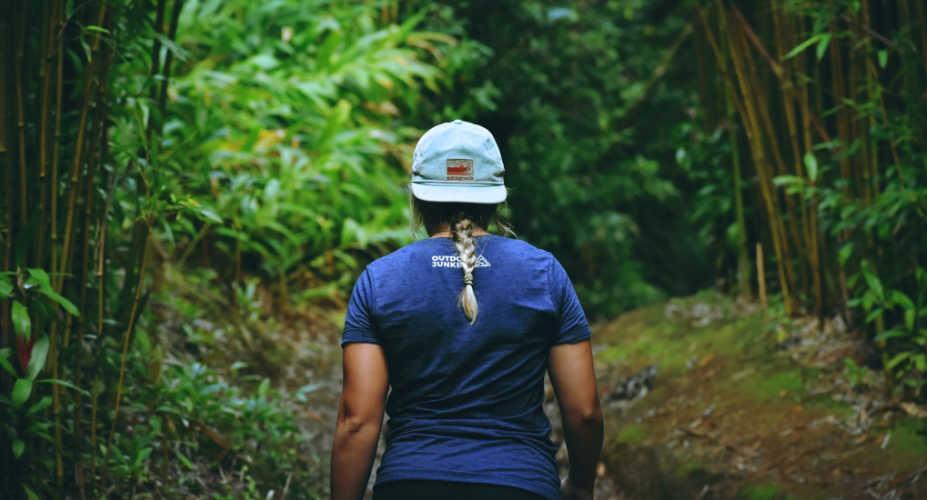 Ten Exercises To Make You A Faster Runner

Whatever your favorite distance is, you’ll build speed and strength with these moves.

There are very few people who would say no to running a little faster. No matter what your favorite distance is, and how relaxed your approach to the sport is, the need for speed is hard-wired into the human psyche.

When you first start running simply doing more of it will help improve your speed, but after a while improvements will only come with some specific strength work. We spoke to strength and conditioning coach and speed expert, Courtney Fearon, for ten exercises sure to raise your pace.

“While running at any speed over any distance, you’re always on one foot,” says Fearon. “So it’s good to train in that way whenever possible.”

Get into a lunge position with your knees bent and your back foot resting on a bench 12-15cm off the floor. Lower until your front thigh is almost horizontal, but don’t push your knee beyond your front foot. Drive through your front heel back up to the starting position.

“The confidence of knowing the box is behind you will improve your squatting form,” says Fearon. “And with a box squat you can increase the weight without putting too much force through the knee joint.”

Get a box that’s about knee high so you can sit down on into it without your thighs moving beyond being parallel with the ground. Squat down on the box so your glutes rest on it for one to two seconds, then stand back up by driving through your heels and hips. You can do the box squat unweighted or with a barbell.

“The deadlift works pretty much every muscle but with a specific focus on the back of the body,” says Fearon. “That goes through your hamstrings, glutes and lower back, which are all important for sprinting.”

Bend at the knees and grasp a barbell with an overhand grip and your hands shoulder-width apart. Lift the bar to thigh height, with the movement driven by your leg muscles and by the forward movement of your hips. Pause and pull your shoulders back, then lower the bar.

“The hang clean is really effective in developing power,” says Fearon. “It’s a power move, because doing it slowly is almost impossible. You have to be explosive with it.

“Timing comes into it too – everything is working together, which is important for running.”

Stand with your feet shoulder-width apart holding a barbell with an overhand grip. Hinge forwards at the hips to lower the bar to just below your knees. Then drive your heels into the ground and raise the bar in an explosive movement, flipping it onto your fingers and catching it at the top of your chest, with your elbows underneath your hands. Bend your knees as you catch the bar at the top of your chest, then stand up to complete the move.

“You can load the sled up really heavy and then do a slow march – as well as focusing on power, you’re improving your core stiffness and it acts as a technique drill as well,” says Fearon.

“You can also take the weight down a bit and turn it into a power/endurance movement.”

Load up your sled with weights, lean into it with your arms fully extended, and push it across the floor as fast as you can. This one gets the heart pumping as well as leaving pretty much every muscle in tatters.

“Start at one end of room, do a broad jump and as soon as you land go for another jump,” says Fearon. “Like how a kangaroo moves.”

Stand with your feet shoulder-width apart, then take off with both at the same time, trying to jump forwards as far as possible while landing on both feet.

“A lot of people do step-ups with their right foot planted on the step at the start, then drive the left knee up and put it back down,” says Fearon.

“It’s a good movement but to make it more sprint-specific it’s best to lift your right foot up off the step before starting the movement.

“You can add weight by holding a dumbbell in the opposite hand to the step. Rack it, with your arm bent and the dumbbell by your shoulder. This doesn't just add resistance – it’s more to add an imbalance to the movement.”

“You can work out if there’s imbalance in your body if this feels a lot easier on one side, which can help with injury prevention or identify technique flaws. Also it’s a good exercise to improve acceleration, which can be a forgotten part of speed, especially in shorter races.”

Lean into a wall at a 45° angle, with your arms locked out like you’re going to do a press-up against it. Then drive your knees up as if you were doing mountain climbers.

“Always a good one,” says Fearon, mercilessly. “Find a 50-100m hill route with a 30-35% gradient, so quite [very] steep. Start at the bottom and sprint up the hill as hard as you can with good technique – knees high, chest up, shoulders back. Get to the top and walk back down, then give yourself a five-second countdown and go again.

“The angle of the hill forces you to lift your knees higher which will help with technique.”

Attach a resistance band to an upright bar and lie on your back with your feet closest to the bar. Secure the band around your knees and raise your legs till your knees are bent at 90° and above your hips. You are going to move your arms while keeping your lower body in that position, fighting the resistance band.

“Move your left arm towards the floor over your shoulder, then as it comes back up move your right arm. Keep your core as neutral and tight as possible, with not too much rotation.”