WHY WE RUN: TALES FROM THE TRAIL 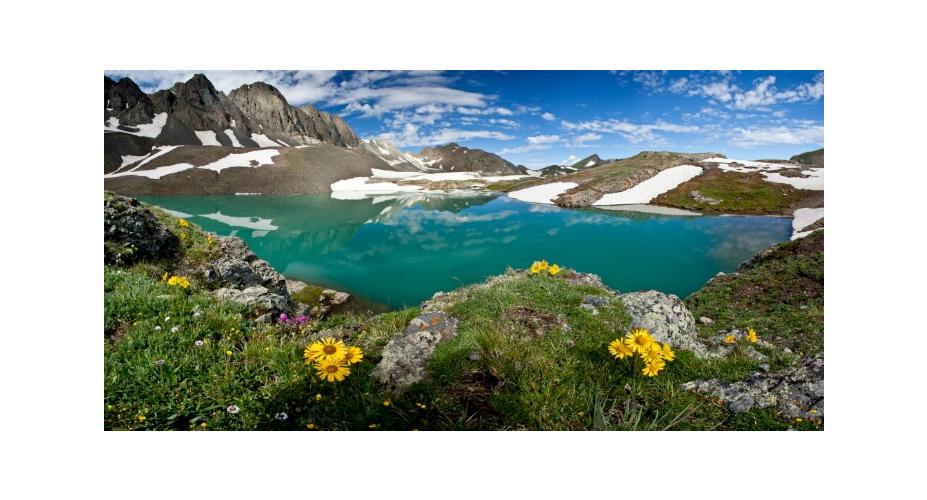 WHY WE RUN: TALES FROM THE TRAIL

Every runner has that one moment, that one memory, that comes to mind when asked, "Why do you run?" The answers vary dramatically from one runner to the next. For some it’s the quest for amazing scenery along mountain trails or through deserts. For others, it’s the mental and physical challenge of pushing your body to its limits. For others still it’s the solitude and escape that come along with being alone in the wilderness.

Whatever the reason may be, it’s safe to say that trail running holds a special allure for many. Here is a compilation of inspirational stories and favorite memories from trail runners across the country, who are out there experiencing the world one run at a time.

IT’S THE JOURNEY, BUT OFTEN THE DESTINATION, TOO

Freelance writer, Marc Fryt, lives an active outdoor life in the Pacific Northwest of the United States. And for that, he considers himself lucky. "I have found my most cherished and beloved trail network that repeatedly delivers whatever trail running experience I am craving," Fryt said.

He’s talking about the Staircase, a trail system in the southeastern corner of Olympic National Park, about an hour’s drive from Olympia, WA. Fryt flies on the trails that follow the Skokomish River and dive into forests of huge Douglas firs.

"The trails there** **gift me with solitude when it is misting; a challenging uphill, burning-my-lungs workout; gentle-grade, endurance runs; and always the chance to escape into a vibrant and lush landscape," he said.

Even if you make a habit of running the same trail regularly, your fitness and mood can factor into how hard the trail is to conquer on any given day. Then there’s the distinct possibility the trail can conquer you as the weather and conditions change, and animals scurry along the path as if to remind the way ahead is not yours alone.

FOR THE CHALLENGE AND COMPETITION

Some trails present challenges so tempting that they lure you in and change you forever. Jesse Weber is a rock climber, backcountry skier, and paddler currently based in the Northern Arizona Highlands. He said he once ran a 50-mile ultramarathon through the Arizona desert because the setting was irresistible.

"I don't call myself a runner, and I don't even like running very much. But I like to go far, to places farther than I've gone before, and running is a great way to do that."

Having never even run a marathon, he took on the 50-mile trail race and finished. "The beauty of the landscape distracted me from the pain of running, and I successfully pushed myself farther than ever," he said.

Even serious competitors drawn to trail races are awed by where the courses take them. In 2014, for example, Kirsten Dobroth of Vail, CO, was the first female finisher of the Silverton Alpine Marathon, which circumnavigated the Silverton Alpine Loop in the San Juan Mountains of southwestern Colorado.

"I summited California Pass, the first of two mountain passes, and ate a peanut butter and jelly sandwich at the aid station," she said. “I watched the clouds move through the rugged topography as I nibbled at my sandwich. People always ask how I completed that run, and my answer is always the same: I had great scenery.”

No two trails are the same. In fact, even the same trail is different when you run it in opposite directions—the undulations underfoot and the scenery changes in an instant.

However, the transformation of a trail from season to season is the most dramatic, as trail runner Shauna Farnell of Denver, CO, knows. She says her favorite run to date was on the North Trail in Vail one day in late September.

"The aspens were such vibrant shades of yellow and orange in the alpenglow of the setting sun that they appeared to cast light onto the singletrack," she said. “Every footfall through the tree tunnels was cushioned by the glowing carpet of damp leaves. Not another soul was out there on that magical, sepia evening, and six miles flew by in an effortless daze.”

The lack of a view can be thrilling and memorable, too. Wisconsin runner Joel Patenaude will never forget the manic euphoria he felt pounding down thickly forested singletrack in calf-deep water during a blinding thunderstorm at the Keweenaw Trail Running Festival in Copper Harbor, MI, several years ago. He recalls being soaked to his core, and whooping and hollering as he splashed his way through the 25K course.

Surefootedness on trails is not a given at times like these—or ever. The terrain requires constant negotiation, otherwise any protruding rock, root, or slick spot can take you down in an instant.

Abbie Mood is no stranger to tricky trails near her home in Boulder, CO. But it’s with the Crystal Cove State Park in southern California that she has a love/hate relationship. "I love the trails there, but they are pretty challenging," she insists.

"One morning I was running with a group of friends, bombing down one of the steeper hills. I managed to trip, commando roll, get back up, and continue running all in one fell swoop. It was my most athletic endeavor ever," Mood says.

ON THE TRAIL TO RECOVERY

Lose concentration for a moment, and the trails can humble and hurt you. Yet they retain so strong an allure, that an injured athlete will gauge their recovery by how soon they can return to the dirt.

After a hiking accident in Ireland, Clare Wood was told by her doctor to stop running until her broken bones, and torn ligaments and tendons repaired themselves. Reluctantly, she stopped doing the activity that had likely saved her life—it was running that helped Wood quit smoking 20 or so years ago.

Sidelined by her injuries, she turned to biking and yoga. She said she even joined a gym to swim monotonous laps in a pool. "Nothing made up for the loss (of running)."

Three years later, her doctors gave her the go ahead to try running once more. "I laced up my sneakers, and the earth blurred under me again," she says.

At a trail race along the Clark Fork River in Missoula, MT, where she lives, Wood said she was lapped a couple of times by a 30-year-old, "but my feet were once again flying along the ever-changing trail."